How to Listen to Music 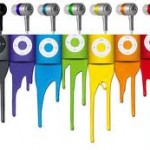 Most people think headphones are just a device to listen to music through, but that’s where they’re all wrong. Headphones are meant to highlight what the artist spent weeks composing, playing, singing, editing, mixing, etc… Let’s say an average artist decides he wants to record a CD. He starts looking around for composers and spends money on each individual song just for the tune. Or he will spend hours and hours (or days or weeks) composing it on his own. It then goes to the musicians to play, and albums can sometimes have five to ten musicians or, in some cases, a full blown  orchestra. That does not come cheap. The singer then spends weeks recording for the songs.  It then gets mixed and edited for the CD. This is all just a quick version of what goes on in making a CD; the full version is for a different article.

My point is that a LOT of time and money and energy goes into making an album, and all they charge for one is a measly 15 dollars. In the Jewish music world, there aren’t enough  CD’s  sold for them to make a decent parnassah. Take Shlock Rock, for example, who has  made over 30 CD’s!  I’m sure he is doing fine, but if this was the non-Jewish world, he would probably be a millionaire! People who are making albums are not in it for just the money; they make a CD because they feel they have something to give over.

I’m not saying we should run out and give them money, I’m just saying we need to be able to hear their music the way it was recorded and meant to be heard. When we listen to music on some regular speakers or headphones, we hear a nice tune but we are not listening to the song the way it was meant to be heard, with the full music appreciation. I recently bought a pair of Monster headphones and started listening to all my music all over again. Some songs sound completely different than they sounded before. You don’t have to spend too much (like my crazy expensive ones), but just make sure that when  you do listen to music that you like, use the best listening device you can afford to capture the music’s true beauty and how the artist meant the song to be heard.