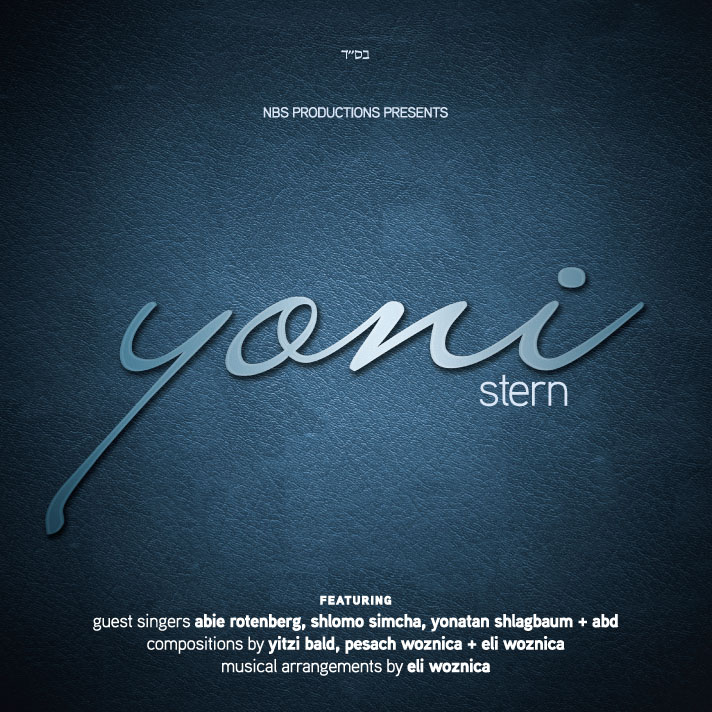 The first thing you’ll notice about this album is that the mixing and arrangements aren’t top notch. It seems like it was a low budget cd, which in understandable in these tough economic times. However, I’m here to tell you not to overlook this album, because you could be missing out on the album of the year. Sure, it didn’t have a crazy amount of advertising or a flashy cover, but what it does have is raw talent when it comes to vocals. Yoni Stern is by far my favorite child soloist period.

The album was made in Toronto and features some great Toronto based singers, such as Abie Rotenberg, Shlomo Simcha, ABD, and Yonatan Shlagbaum. Promise me you won’t overlook this album, it is seriously a solid album.

FYI, for all you doubters out there, listen to how good Yoni’s voice, despite not having music behind him. LINKY

Yosis Olayich – I don’t think I’ve ever heard such a catchy, upbeat Yosis Olayich before this song. It’s a very happy song. There’s really no other way to describe it. The mix of the upbeat notes and Stern’s gorgeous, angelic-like voice is incredible. This is also the first time I’ve heard a Yosis Olayich with a hora beat. This song happens to be a great opener and is really the signature for what lays in store for you throughout this album. Yummy, chocolatey goodness (minus the chocolate of course).

Ashira Lashem – There are so many good slow songs on this album, but this one is definitely in my top two, it’s really too close to tell. From the beautiful refrain which makes you close your eyes and sway your head back and forth softly, to the high part that makes you sing along, this song has footing. It’s easily one of the best slow songs I’ve heard this year and it definitely helps that the vocalists are Stern and the sweet, cantorial-like voice of Shlomo Simcha. A+ job.

Hodur Noeh – Insert ABD. The group that featured Yoni Stern on their album. By no means was the ABD album a knockout album like this one, but it was a solid album and the free download they had of Oleinu, which featured Yoni Stern has been on the top of my acapella playlist since it came out. This track is another beautiful song. It’s a bit long (7 and a half minutes), but you don’t notice it as much as you do other songs that are the same length. It’s just a solid, all-around, great song.

Kulom – Yeehaw! I dare you to think anything else when you first listen to this song. The entire track sounds as if it were something off a country music album, without all the losing your house, spouse and car stuff… The lyrics are a bit weak, but the composition itself is nice, which makes up for them.

Ezras – Just when you thought it couldn’t get better then the duo of Yoni Stern and Shlomo Simcha, in comes Abie Rotenberg, the other part of Aish (Abie and Shlomo Simcha). Abie’s soothing voice brings out this gorgeous melody and makes it one of my top 3 favorite slow songs on this album. Of all the songs, I think Stern sounds best on this one. The song packs a lot of depth to it, which he brings out with his powerful, yet sweet voice.

Mimamakim – When I first heard this song, I was a bit turned off. There is just a lack of solid music in this track. The whole first part of the song sounds like an acapella song, but it doesn’t have enough vocals to fill it. Once I heard the choir the second time around, it clicked. It has a great campfire or camp alma-matter feel to it. Overall, not one of my favorites on the album.

Pesach Libi – This is the third slow song in a row. It’s apparent that Yoni’s strong point is when he sings a slow song, allowing you to hear the sheer power and beauty of his voice. Still, it’s a bit of an overdosage of slow songs. I hope you’re relaxing when listening to this album, because exercising is not an option.

Although this is not one of my favorite songs on the album, it features my favorite part of any song on the album. Listen to 6:55 on this track to hear what I’m talking about. Last thought. Does anyone else think the low part of this song sounds a bit like Psach Libi from the Miami Boys Choir?

Tzur Mishelo – I absolutely love this song. I sing it every week at my shabbos table since it came out. So glad it’s a Friday night zemer, because I needed a good one; there aren’t enough of them. The harmonies, the music, the song itself, they all sound great. Tzur Mishelo is one of my favorite songs of the year and my favorite song on this album. Do not overlook this one.

B’sheim Hashem – While I said I hadn’t claimed a favorite slow song on the album, I really think this one is the best and the simplest of them all. Actually, it’s the simplicity that attracts me to it. The lyrics are beautiful and the tune and music fit them like a glove. If you can get by all the extra music on this track (which there is), and listen to the beautiful words, I guarantee you’ll be blown away.

Oleinu – I don’t think any review is necessary for this track. We’ve all heard it before. We’ve all downloaded it prior to buying this album. I wish they would put another new track on this album and not a repeat. Usually, the minimum requirement for tracks on an album are 10, and if you want to throw a previously released track on the album, then you would give it as the 11th track. It’s a gorgeous song, but I’m a bit disappointed.

Some more links to videos of Yoni Stern singing.

Yoni Stern singing Miami’s Yaaleh Veyavoh LINKY (listen to his power in this one).