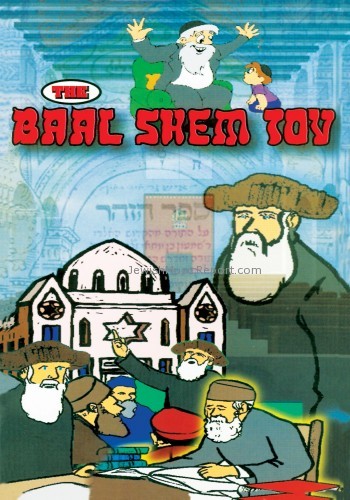 Rabbi Israel Baal Shem Tov was born in the year 1700. He was the founder of Chassidic Judaism. The title “Baal Shem Tov” or “Besht” which means “Master of the Good Name,” was given to him because of the miracles he worked through the name of Hashem and love of Hashem.

People came from far and near for his blessings and hidden secrets of the Torah. He taught simply by telling them stories, parables and wise sayings. He healed them with his prayers, cheered them up and helped them with their troubles with his motto, “Serve Hashem with Cheerfullness.” In these stories, you will see and learn the history of one of the major influences of contemporary Judaism.

His values of faith, joy in service to Hashem and sincerity in prayer all come alive in this animated storybook of one of Judaism’s greatest, towering Rabbis. This DVD is a must have addition to any Jewish home’s library of Judaica. You and your children will be moved, amazed and deeply inspired by the stories of the Tzaddik. He changed the face of Judaism forever — The Baal Shem Tov.