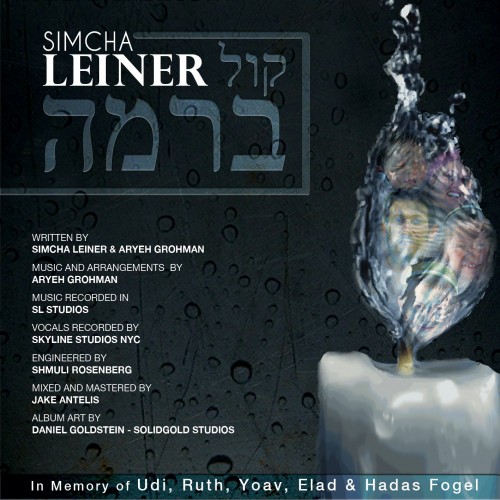 This haunting song was composed months ago by JMR’s own Simcha Leiner after the barbaric March 11th massacre in the Israeli settlement of Itamar.  While at the time we thought we had seen the ultimate in atrocity that could be perpetrated against mankind, we were sadly mistaken.  Now more than ever, the timeless reminder that Rachel Imeinu cries with us in our anguish, helps us to cope with our devastating grief following the brutal murder of Leiby Kletzky, a’h. This moving song was used as the background in this past Tisha B’Av’s Chofetz Chaim Heritage Foundation’s videos.

March 11, 2011:  All of Klal Yisroel was stunned by the atrocity of the inhuman act that claimed the lives of five family members, slain in their beds by terrorists.  Udi, Ruth, Yoav, Elad and three month old Hadas Fogel became part of all of our families and our hearts were broken, by this boundless and senseless tragedy, committed by those who claim to be acting in the name of peace.

Just as we were moved to tears by the unspeakable acts that transpired that Friday night, we know in our heart of hearts, that up above, Rachel Imeinu is once again crying for us, her children who long so desperately for the ultimate redemption and the end to our pain.

With these thoughts in mind, singer Simcha Leiner together with Aryeh Grohman, composed this song, Kol Berama, a poignant and haunting tribute to the victims of this unspeakable act of terror.   May it be a source of comfort to us all as we struggle to come to terms with the vicious act of inhumanity that has left an immeasurable void in all of our lives.

Music and arrangements by Aryeh Grohman

Mixed and Mastered by Jake Antelis