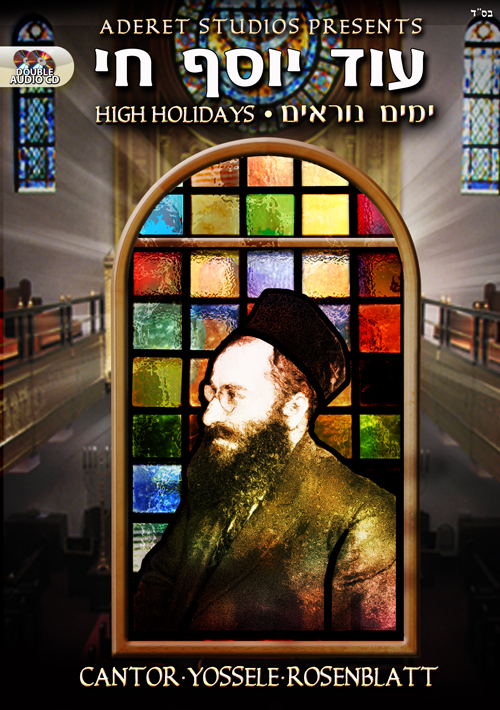 Keep an eye out for the upcoming release of the fifth volume in the Od Yosef Chai series. In the meantime, please enjoy this free download, Tzadik Rabbi Elazar, recorded over 95 years ago restored to original pristine state.

This piece, from the lamentations (kinos) that the Jewish nation recites on the 9th of Av in the Hebrew calendar, when we mourn the destruction of both the first & second Holy Temples, is the highlight of the lamentations. It depicts the tragic execution by the Roman empire, of the 10 Harugei Malchus – the ten martyrs. This particular part discusses the killing of the last of the martyrs, the righteous Rabi Elozor Ben Shamua, who was one of the 5 most prominent disciples of Rabi Akiva. He was 105 years old when he was killed.

Cantor Rosenblatt recorded this composition in June of 1916, 95 years ago, in New York City. This recording was extremely distorted & indiscernible, until Aderet Studios expertly cleaned up the audio.

Even though this recording its 95 years old, it carries a very strong emotional lament, of our current events. May Moshiach come speedily in our days. Amen

Download the track for free at MostlyMusic.com, Double CD in stores in 2 weeks.