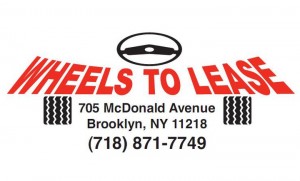 Wheels To Lease, the Jewish world’s leading car leasing company, revealed this morning that the winner of their Free Car Giveaway will be announced on the Country Yossi Summer Show – Thunder 102.1 FM on Sunday August 7th between 8 and 10 pm. The Free Car Giveaway, which closes for entries on July 31st, was launched in celebration of Wheels to Lease’s two decades of serving our community with top of the line cars at the best possible prices.

“Being around almost as long as Country Yossi,” explained Sol Hershkop, CEO and Founder of Wheels To Lease, “We thought it was a natural fit and a fun way to announce the lucky winner.”

With over 35,000 cars leased to tens of thousands of families, Hershkop still fondly remembers the very first car, a Lincoln town car, he leased to Mr. Winters from down the street. “I was just fresh out of college,” Hershkop said with a laugh, “I think he felt bad for me.”

For Heshkop, his journey to car leasing was an easy one. “I saw that people were looking for some no-nonsense deals, to cut out all the dealer double talk. Leases that they can understand.” Hershkop recounted, “That’s what we’ve been trying to deliver ever since.”

It is this philosophy that Hershkop accredits Wheels To Lease great success over the years. A lease is about much more than just a car, Hershkop explained, it’s about a family, a life. We look at a car, and say this is the car that will drive her son to school on the first day of Yeshiva. This is the car that will drive his daughter to her Chuppah. “And when they come back, car after car, that’s when we know we’re doing it right.”

This is also what Hershkop would tell any young business person starting out. “When you go into it with the proper work ethic, for the right reasons, you have nothing to worry about. Even the recession can’t touch you.”

This commitment to his customers and community easily translates into multiple charitable channels. The Hershkop Foundation gives out over $100,000 each year in scholarships to help fund Yeshiva educations of dozens of Jewish school children. Wheels To Lease also frequently donates two-year leases to community organizations – most recently to Hatzolah of Boro Park’s annual auction.

Didn’t enter the contest yet? Head on over to facebook.com/wheels2lease or www.wheelstolease.com/freecar, you can also send an email to freecar@wheelstolease.com – but be quick about it, the giveaway is up July 31st.

“We’ve been in businesses for over twenty years,” said Sol Hershkop, CEO and Founder of Wheels To Lease, “and I feel like it’s a good time to show our appreciation to one really lucky person.”