The Untold Truth of Sholom Rubashkin 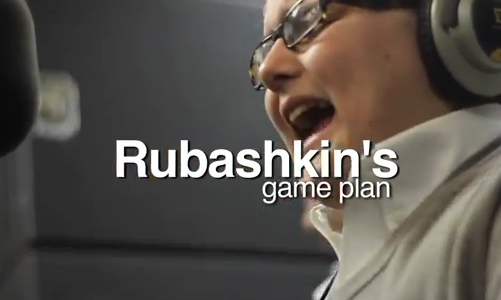 From the producers of the all star Unity for Justice project comes a new documentary film that will shed light on the chain of events leading up to the imprisonment of meat-packing executive Sholom Rubashkin. A father of ten with no previous convictions, the 52 year old Rubashkin was sentenced to 27 years in Federal Prison on charges of bank fraud.
This harsh sentence for a first time non-violent offense ordered in 2009 has enraged thousands within the Jewish community and beyond. These voices of unity have since come together not only to show Rubashkin their support but also to rally for justice.

Seeing the huge response to the injustice that had been perpetrated against a fellow Jew, producer Danny Finkelman, critically acclaimed cinematographer Mauricio Arenas and their dedicated team conducted months and months of in depth research, delving deeply into case studies and observations about the Rubashkin case in order to provide people with the deeper understanding that they yearned for.

The result is a stunning film with an expected running time of eighty minutes to be released in July. Featuring a score by Israel Edelson as well as original music by Yitzchak Shemtov and Eli Lishinsky, it stars some of the top names in the Jewish music industry who eagerly volunteered for the Unity project including: Mordechai Ben David, Avraham Fried, Lipa Schmeltzer, Yaakov Shwekey, Yanky Lemmer, Bentzi Marcus and many others.