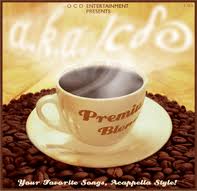 This is the first album that A.K.A. Pella put out, and it’s a hit (for those of you who didn’t hear yet!). On this album, the guys from A.K.A. Pella not only put out a great album but also gave us an overview of what to expect in the coming years. The album shows that these guys
(a) have great voices in general and can sing our favorite Jewish hits very well
(b) are really creative and can think of different ideas to keep each track fresh, exciting, and new
(c) sound like instruments… really.

Compared to the other three albums, I’m not sure how I would rank it. That’s mainly because, compared to the other albums and compared to most albums in general, this one has a lotof slow songs on it. In fact, probably only 2 or 3 songs aren’tslower-than-average tempo. As someone who will almost always prefer a fast song to a slow one, it makes it harder for me to say if the other albums are betteror if I just like them better because they have more fast songs. Anyway, it must be said that, since the guys have great voices and there are great arrangements on the album, the slow songs are very pretty. I expected it to sort of be mostly a smart, fun album, which it sometimes is, but I was not expecting some of these really pretty songs, and they are really impressive. Still, I would have definitely preferred at least another faster song.

I actually wrote the review for the second A.K.A. Pella CD before I wrote this one, which wasn’t the best idea in retrospect. I said a lot of general things about that album that could be said here, too.

Basically, I said that A.K.A. Pella is awesome, for those of you who haven’t heard them yet. They have this unprecedented ability to make their voices sound just like instruments, and at the same time, the music sounds very pretty. It’s different from what you’d expect an acapella album to be. There are no kumzitz style songs. I personally love that style, but that’s not what A.K.A. Pella does. Instead, they are incredibly creative and innovative and different. When you are driving in your car, it’s very possible that you will forget that the songs are acapella. I don’t know how they do it, but, if you’ll listen, you’ll see that somehow, they do!

Something else unique about A.K.A. Pella is that almost all the songs come from secular sources. I know that a lot of people aren’t happy about that, and I understand. If you don’t listen to secular music, though, you won’t realize where any of them come from, and they’ll just sound like nice songs. For most of them, the tune doesn’t sound so “goyish”, and for some of them I was sure it was just an original Jewish song until I did some research.  Without help, I only recognized “Sweet Home Alabama” and “Scarborough Fair”, but the second is basically in the title, and the first could be because I’m from the South… But I really wanted to know where these came from (so that I could tell you) so I did some Googling and got a friend to help me out with some…I think I got them all.

This song will sound familiar to almost everyone as “Sweet Home Alabama”. It’s a really clever idea to combine these two songs. During the song, someone yells out “Oh, won’t you please take me home!” and it ends up applying perfectly to the Yibane Hamikdash lyrics.  This first track on the first album is a good choice because right away they show away some of their instrumental skills– the guitar solo sounds so real. Great song.

I’ve heard from more than one source that “Scarborough Fair” by Simon and Garfunkel comes from one of their family’s tunes for Dror Yikra, and I never knew whether to believe it. Well, I still don’t have any evidence…but I can say that the Dror Yikra lyrics go perfectly with this tune. That aside, this is a great song for showing off the voices off the A.K.A. Pella guys, which are very good. It doesn’t sound as much like music as the other songs. For those who don’t know the original song, this is a slow ballad, and it really sounds like it could be sung around the Shabbos table. Very pretty.

This is a parody of the Gilligan’s Island theme song, which is a really cute idea. It’s a fun song, with whistling and an old-fashioned feel. Unfortunately it is only 1:45 long, so it seems to kind of end right away.

This is a parody of a song from Joseph and the Technicolor Dreamcoat.  It’s a very slow song, which if you have read my reviews before, you’ll know I general am not a huge fan of. That being said, this song really showcases their voices– it doesn’t sound easy to sing, but they do it well. Somehow, even just their background humming sounds like instruments! I was thinking it was a classic acapella sounding song, but then I realized it still sounded like violins or something…how do they do that?

This song sounds like Michael Jackson’s “Will You Be There”, which took me forever to figure out. It’s a great tune for the Heenay Ma Tov lyrics. It sort of reminds me of a group of friends sitting around a campfire. The tempo is medium, but it’s very relaxed. It’s the longest song on the album, but I don’t want it to end. Around the middle of the song, a kids choir joins in, adding to that feeling of togetherness that these lyrics always bring. I absolutely love this song, and I can listen to it over and over. It’s my favorite on the album. I’m usually a big fan of their super-fun-driving songs, but this one isn’t in this category–they just really knocked it out of the park with everything here.

This song has a different feel for a slow song. The soloist has a really powerful voice that goes great with it, and the song is pleasant to listen to. That being said, I don’t understand why there are so many slower songs in a row. They need one upbeat, fast song between track 1 and track 9.

Here’s that awesome version of Piha Paschah that I seem to hear everywhere but never knew where it was from (says here Oif Simchas, good to know). I love it! It’s not slow and sleepy like a lot of versions are. It’s got a happy feel to it- which is increased by the “sha-la-las”. In general it sounds very sweet, and it is a beautiful cover of a beautiful song. Definitely one of my favorite songs on the album and one that I could listen to on repeat. Love the harmonizing in this song.

This is another very slow, relaxed song with pretty harmonizing. It is a good song, but there have been a lot of slow songs together here so I normally would have to either be playing it on shuffle or skip 1 or 2 songs. It’s a little too much relaxing in a row, especially for the road. That being said, the singing here is very pretty and by itself, it’s a beautiful song.

Here comes a fast[er] song! This song comes from “Right Now” by Van Halen. It sounds like a sort of anthem to be played at a sports game or something. There’s a long into, with singing (well, lyrics) coming in at 1:18. The intro is not monotonous at all, though, so it works. I’m not sure how I feel about the song choice with these lyrics– 80s rock is not what I would normally picture with wedding music. If you put that aside, though, they did a great job covering this song and it sounds like real instruments. It’s a lot of fun.

Lastly, this into sounds like Bryan Adam’s “Everything I Do”. The rest of it, I believe, is the original. I like that they put an original song on here even though it’s an album of covers and parodies…good way to end the album. It’s another slow song, and very heart-felt.  Although it’s slow, it’s not too slow, and I like this one a lot. It might have something to do with the minimal “musical” interludes…they sing basically the whole way through, or just the whole song in general. It’s very pretty.

Overall, a great album with a lot of quality songs. Enjoy :)