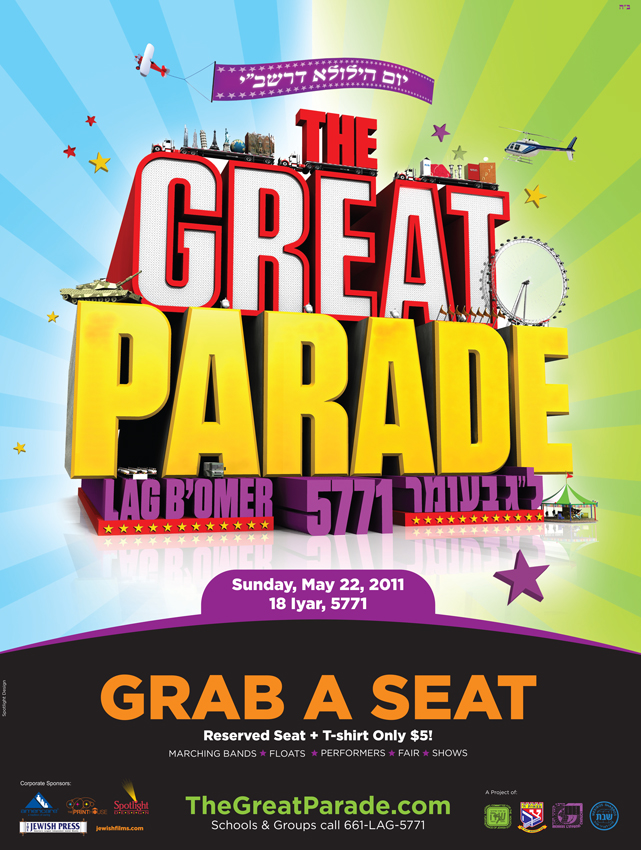 Tzivos Hashem has just announced some changes and updates to this years incredible Lag Baomer Parade. The Parade will take place in Crown Heights, in Brooklyn, NY Sunday May 22nd, 2011, the 33rd day of the Omer! The current lineup for this year is as follows:

Bello the Clown
Bello Nocks, headline act of the Ringling Bros. Barnum & Bailey Circus: The Greatest Show On Earth will be a highlight at this year’s Great Parade.

Roaming Performers
A lively troupe of jugglers and clowns will entertain the crowd during the Parade and througout the day.

Mordechai Ben David
Last year he led us in the rousing “Sunday We Will All Be Together!” Now the King of Jewish Music returns for another outstanding performance in honor of Lag Ba’Omer!

Avraham Fried **Just Announced**
Just blocks from his childhood home—at the Parade that he marched in as a child—Avraham Fried will take the stage in joyous tribute to Rabbi Shimon bar Yochai!

Benny Friedman
Admired by fans and colleagues worldwide, Benny continues to spread the warmth, energy and inspiration of a new generation. Join us at this epic stop on his amazing journey!

The French Twins
Chassidic twins Yaacov and Yisroel will have you on the edge of your seat with a comedic routine that will enthrall you and acrobatics that will amaze you!

Make sure you get your seat today!