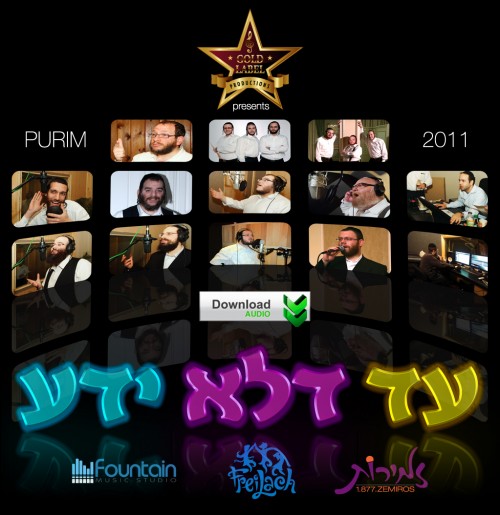 Some of the biggest names in Jewish music have joined forces, putting together a thirty minute album that is available for free download, just in time for Purim!

The album was recorded specifically for the thousands of bochurim who devote their day  to collecting money for mosdos, providing them a flawlessly executed soundtrack of popular hits with which to be mesameach people as they go from house to house on Purim.  Flawlessly executed and with popular hits running the gamut from chassidish to yeshivish and more, the music on this album is sure to have something to please everyone, no matter what their musical preferences.