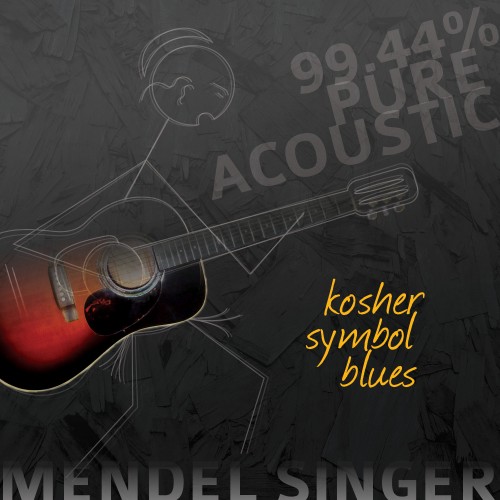 All new CD from debut artist Mendel Singer. This is Mendel’s first album, which is an EP (contains 5 tracks) and is available in Digital Download form only. You can buy each song for .99 Cents or the full 5 tracks for $3.99. You can preview clips or download the album at MostlyMusic.com.

Mendel Singer used to write country music and pitch tunes on Music Row in Nashville, TN. He got contracts for a few songs, but nothing ended up getting recorded. When industry people said he could make it and needed to move to Nashville, he opted instead to finish his Ph.D. and follow his professorial dreams.

Later he started writing music that was spiritually motivated. Some of it distinctly Jewish, some of it the universal experiences of a person struggling to grow spiritually and find his own unique spiritual voice. All of it original, almost entirely English lyrics and recorded acoustically (mics, not pickups). Oh, and some are just funny! This is the music he is now releasing to the public. Mendel Singer (vocals, guitar, mandolin), Joel Allen (lead guitar, harmonica), Yosef Porter (upright bass)

When not playing or writing music, Mendel Singer is an Associate Professor of Public Health at the Case Western Reserve University School of Medicine in Cleveland, Ohio. He is also the founding director of the Jewish Community Health Initiative, www.JewHealth.org