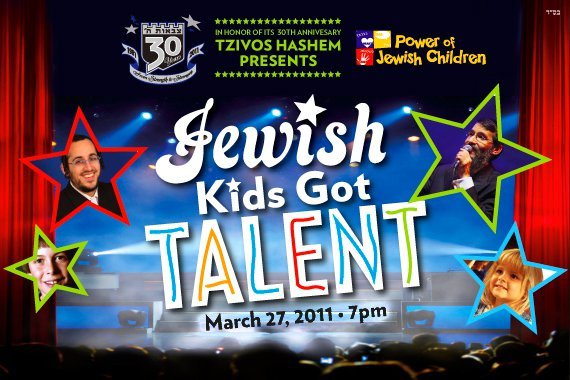 30 children were chosen by Tzivos Hashem’s Power of Jewish Children Contest as finalists. Now that the judges have spoken, voting is open to the public to choose their favorites from the top 30 semi finalists at Powerofjewishchildren.com. Out of 700 entries, 30 were chosen in 3 categories by judges – singing superstar Avraham Fried, Rabbi Sholom Ber Baumgarten– director of operations at Tzivos Hashem, Danny Finkelman – director of Sparks productions and Israeli producer Danny Keisler.

Children were invited to submit entries in 3 categories: heart – Chesed, hand – performance or talent, and head – achievement for exceptional studies, researching or writing.

6. M. Amram– New York, United States – Fries doughnuts to raise money for needy and formed a band to bring joy to others on Chanukah

The top 10 finalists will receive an all-expense paid trip to New York City and will appear at the Tzivos Hashem Anniversary Dinner and Concert with Avraham Fried and Lipa Schmeltzer.