VIN News Exclusive: Music Video Being Filmed at Japanese Prison Where Bochurim Are Being Held Starring Fried and Daskal 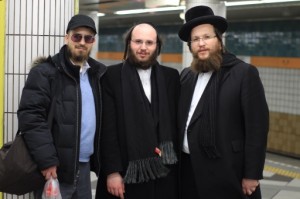 Toykyo – Inspired by the success of the Unity music video which featured Jewish music’s best and brightest working together to raise funds and awareness for Sholom Mordechai Rubashkin, singer Shloime Daskal decided to embark on a similar project of his own.  He contacted Unity producer Danny Finkelman and suggested another video, this one to be filmed at the Japanese prison where Israeli bochurim Yoel Zev Goldstein and Yaakov Yosef Greenwald are still being detained after suitcases that they were carrying for someone else were in April 2008 were found to contain drugs.

Joining Shloime Daskal for this blockbuster project is Jewish music superstar Avraham Fried and the two will sing a cover of Yaakov Shwekey’s “Tatte”, which was in and of itself a remake of Abie Rotenberg’s “In A Vinkele” from Dveykus Volume 2.  The project, which is produced by Teltech Industires of Toms River, New Jersey, will be produced and directed by Finkelman who will be joined by Unity veterans Ilya Lishinsky (musical production)and Mauricio Arenas (film cinematagrophy).  New lyrics in both Yiddish and English were written for the song by Moti Ilowitz and Moshe Kravitzky.

“While we all daven for these boys to a certain extent we have all become oblivious to their plight,” explained Finkelman in an exclusive interview from Japan with VIN News.  “We need to keep this on the front burner.  These boys need both our donations and our tefilos.”

Finkelman was quick to point out that while he is hard at work finishing up his documentary on Sholom Mordechai Rubashkin, the two cases are really part of the same whole.

“In both the Rubashkin case and the case of the bochurim who are incarcerated in Japan, the punishment does not fit the crime.  The Gemara tells us that if you daven for someone who has the same need as you, your tefillos are answered first, so I think that by helping other prisoners in need, it can have a positive impact on the Rubashkin case as well. In fact, I visited the boys in prison today and Zev Goldstein mentioned that not only did he write a letter to Rubashkin but he prays for him as well.” 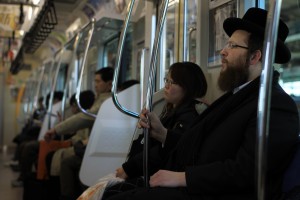