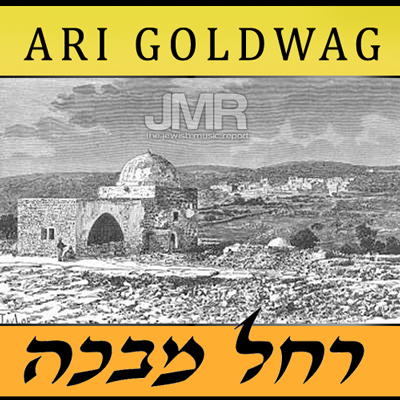 Ari Goldwag posted a beautiful song he composed on facebook today. The song is titled “Rochel Mevakah” JMR brings you this song, streamed below. Here is the post from Ari in it’s entirety. “Here’s a song I composed a number of years ago. The words are: כה אמר ה’ קול ברמה נשמע נהי בכי תמרורים רחל מבכה על בניה. So says Hashem, a voice on high is heard, a bitter sob, Rachel cries for her children. Rachel is the matriarch who represents the Jewish people in exile, waiting for their return to the open arms of Hashem. If you want to hear this beautiful song then go Ari’s facebook.