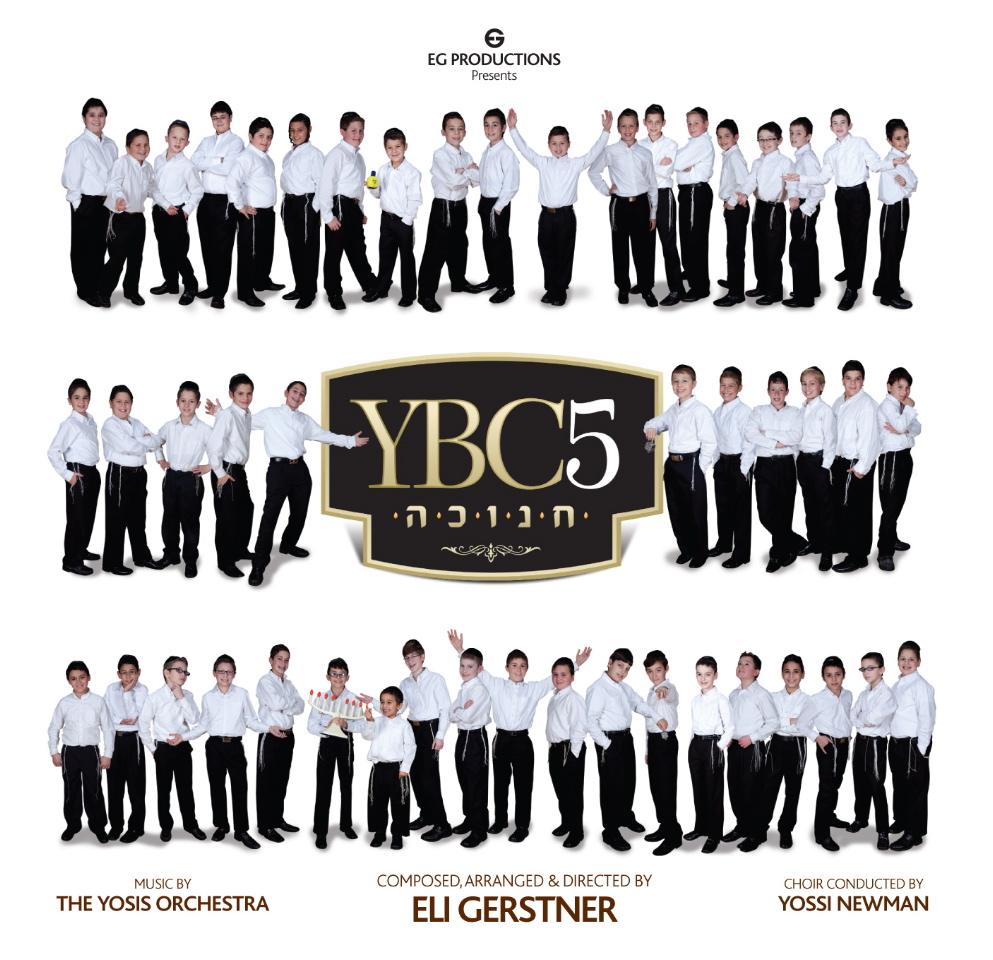 First of all, Happy Chanukah! I chose that spelling because that’s how it’s spelled on the CD, though I prefer Hanukah.

I’m still a unclear about whether the boys choirs are meant for the general public or specifically for kids, but, frankly, I don’t care. I like them!

Obviously, this kind of music necessarily has a different sound, as the singers are young boys as opposed to adults, and I think the music is usually a little more fun. But there are other differences. First, especially from a woman’s perspective, its about as adorable as it gets.  Secondly, I think it is something amazing that this is what our kids are singing about. I don’t want to talk about what secular kids that are about middle school aged listen to and sing about, but it’s not this. Our kids put all of their hearts into singing about the glory of Hashem. Come on. Is that not amazing? They could be spending their time doodling and playing video games, but instead they spend their free time doing this. That makes me proud to be Jewish.

This CD is the fifth that the Yeshiva Boys Choir has released since just 2003, not counting YBC Live 1, 2, and 3. I still consider Shabechi one of their new songs, and they have released two albums since. They come out with CDs fast, and still manage to have them all be good!

This is the only CD I have that’s specific to any time of the year, unless the sefira counts. I have always been a little weary because I wonder if I’ll still want to listen to it after that time, and who wants a CD that you can only listen to during Chanukah? I am happy to say that this isn’t the case with this album at all. I also didn’t realize that there were so many Chanukah songs, but there are!

This CD has a very festive feel. Of the 11 songs, 8 are fast. I feel like the CD is a sort of celebration and overall seems very happy and …I don’t know…Chanukah-ish!

Let’s go through the songs!

1. Mizmor Shir
This is a good song to start the album–it gives you an idea of what the album will be like. It’s fast but more laid back than the other fast songs. It’s got a lot of pretty harmonizing that I notice more than in some of the other songs (though I know they all have it). It changes up a lot; there are parts with a very fast tempo and parts with a much slower tempo. It’s an exciting song and it leaves you wanting to know about the rest of the album.

2. Daddy Come Home (written by Country Yossi)
Wow! Who is this boy? I don’t know how a kid this age can put so much feeling into these words. He is really amazing! This is an English song about a boy whose father is in the military and he wants him to come home for Chanukah, but there’s a lot more to it than that and it’s a great depiction of a boy’s relationship with his father. I’m usually not a huge fan of English songs, but this is incredibly special.  It’s beautifully written and beautifully sung. The last minute is my favorite part, when the choir joins in.

3. Yivonim
Almost a rap song, with a sort of techno beat. Sometimes that stuff gets a little out of hand, but it doesn’t here. It’s just a lot of fun.  I find myself putting this on repeat a lot. It’s a great driving song! This song has a very different feel to it, from the background music to the effects to the tune itself. I love it.

4. Chasoif
This is one of the three slower songs, but it’s not slow– probably about the same speed as their Adon Olam. T It’s a great combination of beautiful soloists as well as the group singing together. This song is really powerful and great to sing along to. I usually don’t like slow songs, so this is a little faster but still on the soft and slow side. Really beautiful and I might say (aside from Daddy Come Home) that this is my favorite YBC slow song that I’ve heard.

5. Al Hanisim
What Chanukah CD could be complete without  it? This is a fun and fast tune with a lot guitar and a lot of horns. It’s another good driving song and very exciting. Though it has a long intro as well, once the song starts, it goes right into it and doesn’t stop until the very end.

6. Those Were The Nights
This is a humorous song about Chanukah, talking about Bubby burning latkes and Uncle Haimy eating donuts. I lot of people can probably relate to this song and it will make you smile, as well as having a pretty and more serious chorus. The only thing that I’m confused is about the lines like “How I miss the menorah lights when we were all so young” and other nostalgia when they are sung by boys. Very cute and entertaining song.

7. Shehechiyanu
I don’t know what exactly it is, but this song reminds me a lot of Al Hanisim. It’s very fast paced, high energy, and fun. Seems to have less solos than the other songs, and perhaps as a result there a lot of fun harmonies. Good song that I certainly don’t skip, but it’s not one of my favorites and seems a little too similar to Al Hanisim, which I prefer.

8. Maoz Tzur
This song is very pretty, but I guess it’s a little weird for me to hear Maoz Tzur in any tune but the usual. There are beautiful harmonies, beautiful solos, calm music, and it’s different. At one point the music stops and the boys go acapella. I can picture the boys all with their arms on eachother’s shoulders swaying singing this song together– it gives over a certain sense of togetherness for some reason. I can imagine a family signing this together at the table on Shabbos Chanukah.

9. Haneiros
Love it! Similar to Yivonim in the very quick tempo but not as much of a techno feel. I love the parts where they go “Na Na Na …. Yimei Chanukah!” and slow down in the middle of a really fast song. This song is great to try  to sing along to…I mean it’s REALLY fast, so it’s a little hard to keep up! So much fun and such a festive feel.

10. Yivonim Medley
Here we have the same words as in the earlier Yivonim sung a few different ways, and it took me a bit to realize that because it sounds so different. It changes up a lot and there is a good balance of solos and the group singing. Aside from the intro, it seems there is relatively few parts without vocals in this song– it is action-packed!

11. Chanukah Medley
Here’s just about every Chanukah song a lot of us know, with the most popular tunes. Starts out with the brachos over the menorah, then goes into Maoz Tzur, Al Hanisim, the music of Dreidel Dreidel Dreidel, and then back to Al Hanisim. It’s great to have all these songs together with the tunes that most of us know, so it’s a great sing along. It’s also exciting; medleys have that effect because you never know which song is coming next in such a short period time.

Favorite Things About the Album
-Daddy Come Home. WOW!!! This alone makes the album worth it for me.
-The overall festive feel– it makes me smile
-Seems like a large number of soloists and a big variety (I never found myself saying “Didn’t we just hear this one?”)
-Most of the songs are fast, which I prefer, and it makes it a lot of fun!
-The seriousness of the slow songs and the passion– are you sure these are kids?–They all seem to be very mature boys. In a good way, of course. They’re definitely still having fun on this album!
-There’s no song I routinely skip

Least Favorite Things About the Album
-Some of the songs don’t sound that different from each other
-Ok, I guess I’m too hard to please. I do prefer fast songs, but I think I’d like one more slow song…some of the others are…well, not trying to sound cheesy, but really heart warming.
-Some of the intros are too long. For me, past 30 seconds is almost always too much so I sometimes hit the fast forward

Overall: Fun and festive album with a few beautiful slow songs thrown in there. A great album for Hanukah that you can listen to in May a well. I was a fan before, but much more now! It’s what you’d expect a Yeshiva Boys Choir to sound like, but I think a little more mature, if only because of Daddy Come Home. Makes me want to throw a Hanukah party….