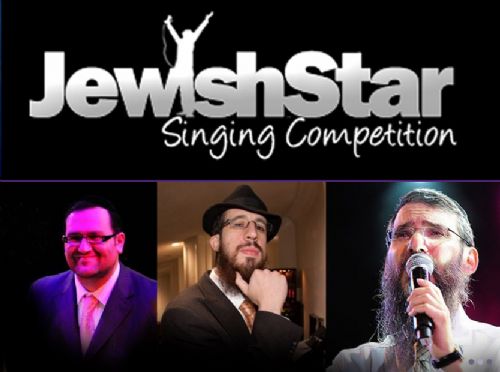 Are you ready? A Jewish Star singing competition is back with Season Two with a new judge on the panel and a kids’ competition as well.

An all new Season Two of “A Jewish Star”   the world’s first Jewish music singing competition  was launched today with many seeing the contest as the next obvious step in the recent evolution of the Jewish music industry.

Career musicians and music enthusiasts from around the U.S., Canada, South America, Israel, Europe and even former Soviet countries like Azerbaijan were captivated last year by the possibility of discovering the world?s next singing sensation.

“I think it’s amazing that you are giving young people a chance to connect to Torah and Jewish music,” the legendary composerYossi Green gushed about Season 1, which attracted over 50 auditions and 61,893 votes cast online.

The winner was Binyamin Moshe, a Brooklyn yeshiva student, who recently had his self-composed single “Romemu'” recorded and produced by famed music producer Ruli Ezrachi and with music by the renowned Freilach Orchestra.

Semi-finalists Avraham Ohayon and Shuki Sadon were in high demand as entertainers ever since they made it to the finals and performed live at the show.

A number of other contenders also found fame after entering the competition, some of whom are now household names.

With Season Two beginning, and a parallel A Jewish Star Juniors race being added to the contest for boys ages 8 – 14, the anticipation is skyrocketing. Who will audition this round, who will be the public’s favorite and what will the judges say?

The deadline for auditions is Dec 21, 2010. Finalists will perform at a live show on February 20th in Brooklyn, New York.

A Jewish Star was created and is executive produced by Mica Soffer, owner and publisher of Community News Service COLlive.com and Yossi Soffer, owner of Unique Image Advertising.Yehuda Ceitlin is the creative director.
The unparalleled superstar of Jewish music Avraham Fried who has been inspiring audiences for the last 30 years will once again assume the mantle of a judge on A Jewish Star, contributing his wise and astute insight as he did in Season 1.

Joining him once again will be Chassidic comic Mendy Pellin, who admits he has zero knowledge in music? but is well versed in the entertainment business. He was recently spotted on set with Brad Pitt filming for a Hollywood sports movie.

A new edition to Season Two’s judges panel is Eli Gerstner, the multi-talented Jewish singer, songwriter and producer who is responsible for the successes of the Yeshiva Boys Choir, The Chevra, Menucha, Dovid Stein, Tek-noy, and the Yosis Orchestra.