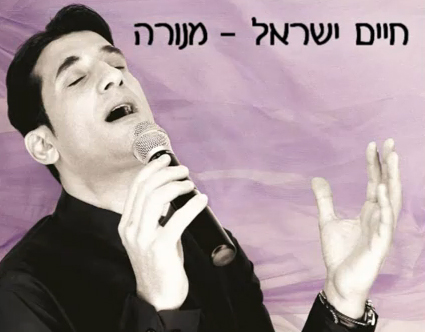 After traveling the world and witnessing the great work of Chabad, Israeli singing sensation Chaim Yisrael has constantly said to himself that he must compose a song in honor of Chabad Chassidim. Some three months ago, after an exhilarating trip to the resting place of the Alter Rebbe, Yisrael spent a Shabbos at the Chabad House of Rabbi Shmuel Kaminetzky in Dnepropetrovsk, Ukraine. Inspired by the Shliach’s self-sacrifice and the Jewish awakening the city has undergone, Yisrael knew the time has come for him to finally write the belated song.

Gathering some local Chabad children – amongst them Reuven Kaminetzky, Mendy and Yechiel Webber, all children of Shluchim – Yisrael set out to tackle the task.

The chorus sings: We’ve built for you Menorah, return us to rebuilt Jerusalem. Send us our Moshiach, and hasten our day of redemption. ‘Menorah’ of course referring to the mammoth Chabad Jewish Center being erected in the city. The song’s lyrics were written jointly by Chaim Yisrael and Rabbi Kaminetzky