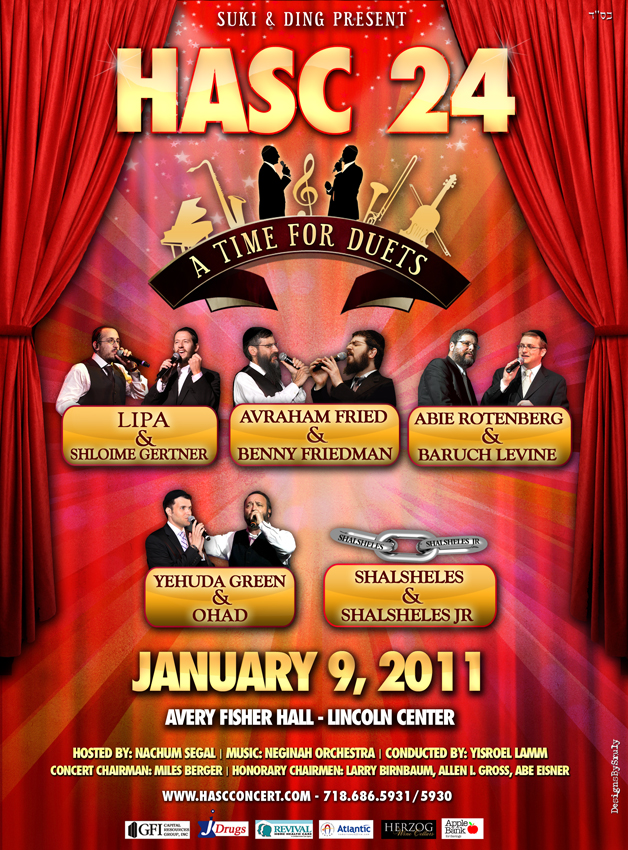 They have just announced the final incredible duet: Avraham Fried,together with Benny Friedman, who will be on the HASC concert stage for the very first time! The concert will take place January 9th, 2011 at Lincoln Center, Avery Fisher Hall. Hosted by Nachum Segal, Music by Neginah Orchestra and conducted by Yisroel Lamm. Make sure to get your tickets now at HASCCONCERT.COM.