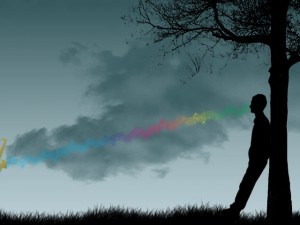 There’s been a lot of downtime in the Jewish music industry. This time of year appears to be the great depression for Jewish music artists. Chanukah is usually the birth of new albums, just in time for people to make a new purchase as a chanukah gift to themselves or to an other. Regardless, there’s some new music on the horizon, which we all pray will be refreshing and uplifting.

However, I don’t want to focus on the new albums, let’s recap on the recent releases.

Benny Friedman – Berachamim Single. The beautiful voice of Benny Friedman, a composition by the multi-talented Ari Goldwag and the gorgeous background vocals of Yitzy spinner. Yet, the best part is that buy purchasing this single, you are giving tzedakah to help the family of Ilan Tocker, a Cedarhurst, NY man who has a serious brain injury.

Shauli – Ahavta Otanu (click the flash player on the bottom of the screen). I previously wrote about the talents of Shauli. A composer, singer, arranger who put together his own album on a low budget, and still managed to sound great. He has some great compositions on his debut album, Simcha Bilibi. Well now, he’s come out with a new single which uplifts the soul and warms the heart.

Everyone – Unity Single. What do you get when you take major voices in Jewish music and combine them together to sing a classic MBD song with a twist? You get the Unity single, like Benny Friedman’s single, is only a dollar and benefits the fund to liberate Sholom Rubashkin.

Omek Hadavar – Mekor Chaim. We seem to have an addition to the alternative Jewish music scene. I haven’t had the chance to listen to this album in its entirety, only the sample. If I would be blessed with a copy of the cd, I can give a review on what sounds like a great album.

Avraham Fried – Hu Yivneh. Nothing like the sweet and powerful voice of Benny Friedman’s uncle, Avraham Fried. “In this song he comforts the sole survivor, Dotzi Gottstein, of the harrific car-train crash which killed his entire family”.

Shmuel Mashiach – Shema Koleinu. Never heard of Mr. Mashiach before, but he kind of sounds like a cross between Gertner and Dovid Stein. He has a single available for $1.50. Listen and see if you like it.

That sort of puts an end to the recent releases. Obviously, Shalsheles 5 and Dovid Gabay’s new album were covered by the bigger sites and need no mini recap. On the horizon is Yisroel Werdyger’s new album “Ashirah Vazamrah“, which happens to be the only upcoming cd with a projected release date (11.22.10). I know that Pruzansky should be releasing an album soon as well. Rumor has it, it’s entitled MP3 (michoel pruzansky 3). Nothing else to report really. Let’s hope a lot more information is released on upcoming albums, and soon…