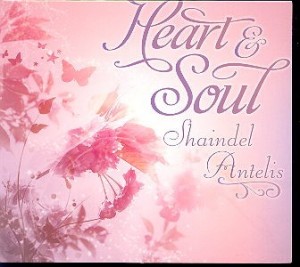 Shaindel Antelis is a serious singer/songwriter and she is very, very good at what she does.  Composing songs since age ten, Shaindel always dreamed of releasing an album of her own.

That album, Heart and Soul, for women and girls only, was released in 2009.  A family affair it was produced and mixed by her brother Jake, arranged by her father Moshe, both of whom played assorted instruments on the album.  Since then Shaindel has been busy doing shows all over, performing not only in the New York area but in Miami, Pittsburgh and several locations in Israel as well.

Shaindel hopes to be a role model for young girls everywhere and is hard at work on her second album, slated to be released shortly.

For more information on Shaindel and to hear samples of her music go to shaindelantelis.com.