Prepare for Shabbat in Liverpool! 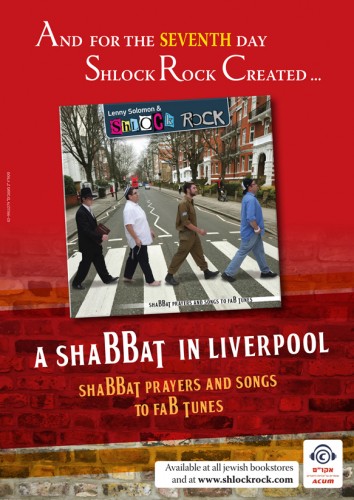 After five years it has finally happened! Earlier this year Shlock Rock announced that they acquired licensing for “Shabbat in Liverpool”! This project which takes twenty seven songs from the Beatles and puts them to Shabbat prayers and Shabbat zemirot! It has taken a long time but when you hear it you will know it was well worth the wait!  This new album which will be released later next week sets the table for the greatest year in Shlock Rock History! The 25th Anniversary of Shlock Rock will begin on January 2011 and what better way to start off the pre-celebration with this unbelievable new album! So all Shlockers spread the word! Shabbat in Liverpool will be coming to an IPOD next week from Sameach Music. Tell the Kraz – tell everyone! Shout it from the rooftops! Prepare for Shabbat in Liverpool!