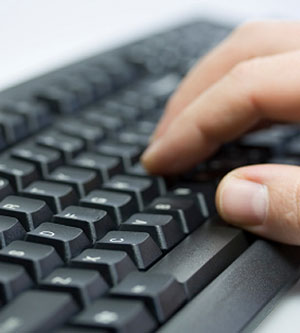 So much has been said about how Jewish music reviews aren’t real reviews.  How, in general, they are overly positive and tout every CD as being “amazing” and “ground breaking” when nothing could be farther from the truth.  How they aren’t honest and are just marketing tools to promote a particular singer or group.

I can’t speak for anyone else out there, but I can tell you my philosophy on reviewing CDs.

First of all, reviewing an album is serious business.  Think about how many hours went into producing that CD.  The investment of both time and money that putting out a CD entails.  When reviewing a CD, I definitely feel a responsibility to all those involved in the album to be fair, open minded and honest.  Producers, singers, composers, engineers, musicians, so many people put so much effort into that disc that you are holding in your hands.

At the same time, I feel an even greater responsibility to the reader.  If I review a CD and say that it is great, someone out there may decide to go out and buy that album, based on my say so.  And if the album isn’t any good, I just caused someone to take $18 and throw it in the garbage.

Let’s say an album is really, really bad.  I should be able to come out and say just that.  Artists need to know that we, the listening public, aren’t going to tolerate mediocre music and that they need to put out a quality product if they want us to buy their music.   So why shouldn’t I be allowed to say that an album is awful if it really is?

The answer is very simple, for me at least.  When I started writing for Jewish Music Report, I asked my Rav what I am and am not allowed to write.   The answer was quite clear.  I can’t say anything negative, because that would be lashon hara.  Now before everyone out there starts attacking me and telling me that I am wrong, this was the answer I got from my Rabbi who is very well versed in the laws of Shmiras Halashon.  Maybe yours will tell you differently, but this is what I was told and, therefore, what I need to do.

Does that mean I have to say everything is good?  Of course not.  If I don’t like a CD, and I should mention right now that I am very, very critical when it comes to music, I won’t review it.  And even good albums can have bad songs.  I try to gloss over those as best as I can and try to highlight the songs I really did enjoy.  If a particular  artist were to ask me what I thought of their album, if I didn’t like it, I wouldn’t have a problem telling them the truth, in private.  But to broadcast my criticism in a public forum?  Sorry, no can do.

I am never anything less than honest.  I will never say that I liked a CD when I didn’t.   I may rave about one album, while giving a more lukewarm review to a CD that was good, but not great.    I don’t get paid to do this so I don’t owe anything to anyone.  I won’t allow any producer or any artist to dictate what I write.  If I tell you I liked an album or a particular song, then I really did. I literally spend hours on every review and I won’t write anything I don’t believe in.

But my hands are tied here, I am simply not allowed to say that an album, a song or a singer is bad.

Does that make me a bad reviewer?  Maybe.  But I can live with that.   In truth, my posts aren’t really reviews, but overviews of CDs that I enjoyed.  Just know this:  while I will only write about albums I like, I won’t tell you every album is “a must buy”,“the best album I have ever heard” and “unlike anything that has ever been done before”.  I will try my best to give an honest overview of every album, highlighting the best parts and offering suggestions for things I might have done differently in as positive a way as possible.

I also strongly suggest that you don’t buy an album based on what you read online.  In this day and age, it is so easy to hear the music before you buy it.  Listen to the samplers online.  Tune into Nachum Segal, shmaisradio.com or jewishbroadcast.com.  They are always playing new music and you can hear full songs there.  Go to your local Jewish music store and spend some time at the listening station so you can decide for yourself if you like a CD or not.  Make your decision based on music that you yourself have heard, not on reviews that you read online.

It’s your money.  Decide for yourself which albums you want to spend it on.