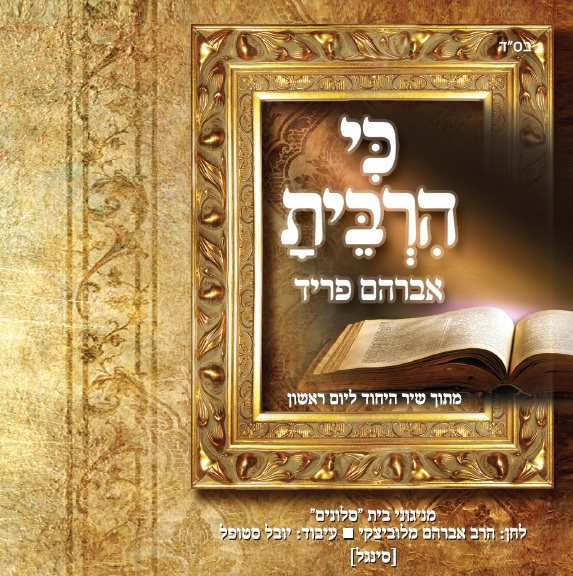 I was speaking to a friend who recently got back from Israel, and I heard a song that sounded somewhat familiar playing in the background.

I asked him which song was playing, and he replied, “That’s the new hit song Ki Hirbeisa. The whole Israel is going crazy about it. Every where you go, you hear it being played.”

I was trying to figure out where I heard it, and I remembered that when I was by Purim Mesiba by Bais Medrash Govoha in Lakewood on Purim night, where Abish Brodt and his sons sang, they sang this song, and everyone there was going wild – it must have gone on for at least 20 minutes.

The words come from the Shir Hayichud for Yom Rishon (I found it in the Yom Kippur Machzor, after Ma’ariv, but I put in the words below, to make it easier).

After doing some more research, I got some more information (special thanks to TheJewishInsights.com).

The song was originally composed by Rabbi Avraham Mlovicki, a Slonimer chosid, and was first played by the Simchas Beis HaShoeivah in Viznitz this past Succos.

After that, it made it’s way around, and quickly became a big hit.

Avraham Fried decided to release an official recording, and put out a single a few months ago, arranged by Yuval Shtupul.

The single was released in Israel, and doesn’t seem to have made it’s way to the US yet, but it’s such an amazing song that we’re attaching it below.

Learn it well, and use it often!

Here are the words: