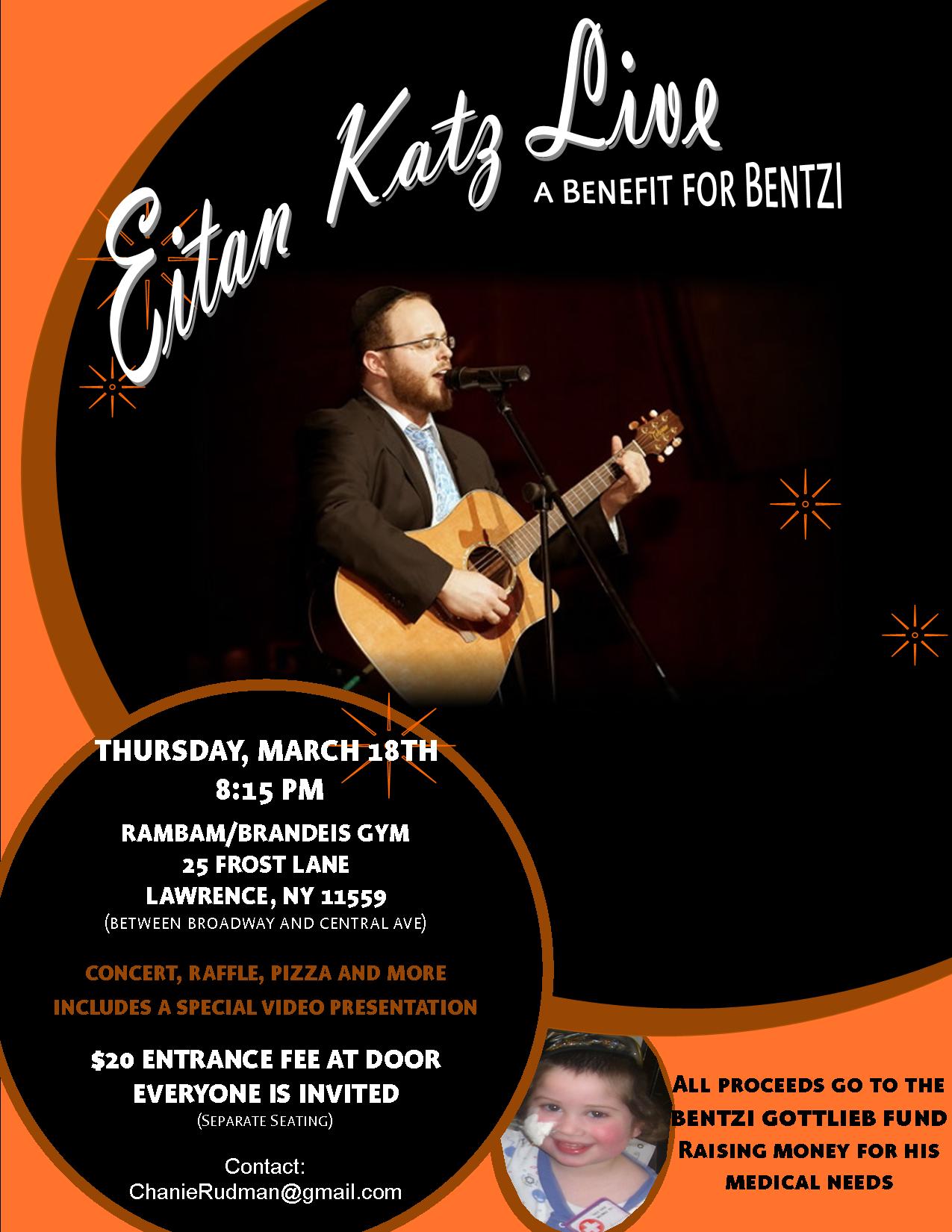 A benefit concert, this Thursday night in Lawrence, NY,  to raise money for a sweet little boy form Israel who is sick with a rare disease…

Bentzi Gottlieb  is a five year old boy with a very rare disease called eosinophilic entrocolitis. He has spent his whole life  in and out of hospitals, going through different kinds of treatments such as chemotherapy , steroids, feeding tubes and other experimental testing.  There is no known cure for his disease.   Recently though, doctors have found a medication that helps with the symptoms, so Bentzi doesn’t have to suffer! However, this medication is extremely expensive and because its only “experimental”,  the insurance wont cover it.

Both of his parents work multiple jobs to try to make  ends meet but the cost of Bentzi’s care is becoming overwhelming and stressful.  B”H, Bentzi is one of the happiest kids in the world. Even after all he has gone through he’s still always smiling! His strong personality gives his family and everyone around him chizuk, but we would like to do more.

The concert will be held at:

You can view a video about Bentzi over here.