Coming off the heels of their smash hit CD YAVOH, and the followup YAVOH DVD, MIAMI will be taking the New Experience to an even higher level. Also, included in this year’s performance will be new songs from their upcoming album next year, PLUS special English song presentations in honor of the upcoming release of ULTIMATE MIAMI – THE ENGLISH COLLECTION, coming soon.

Also starring, FOR THE FIRST SHOW EVER IN NY – SHLOIME GERTNER! His recently released new CD SAY-ASAY has topped the charts, and together with his first hit album, NISIM, make him one of the most popular singers today.

In addition, The MIAMI ALUMNI will accompany MIAMI on selected songs, and also present new material from their upcoming album. New singing sensation YONI ZIGELBOUM, heard at simchas throughout NY/NJ will make his Brooklyn College debut.

NOTE- FOR THE FIRST TIME AT A BROOKLYN COLLEGE SHOW – SELECT YOUR OWN SEAT! MIAMI & Jewishtickets.com have teamed up to give you the service you have been waiting for.  GO TO MIAMIBOYSCHOIR.COM see the ad, click on buy tickets, select a ticket price and choose your own seats in the hall. 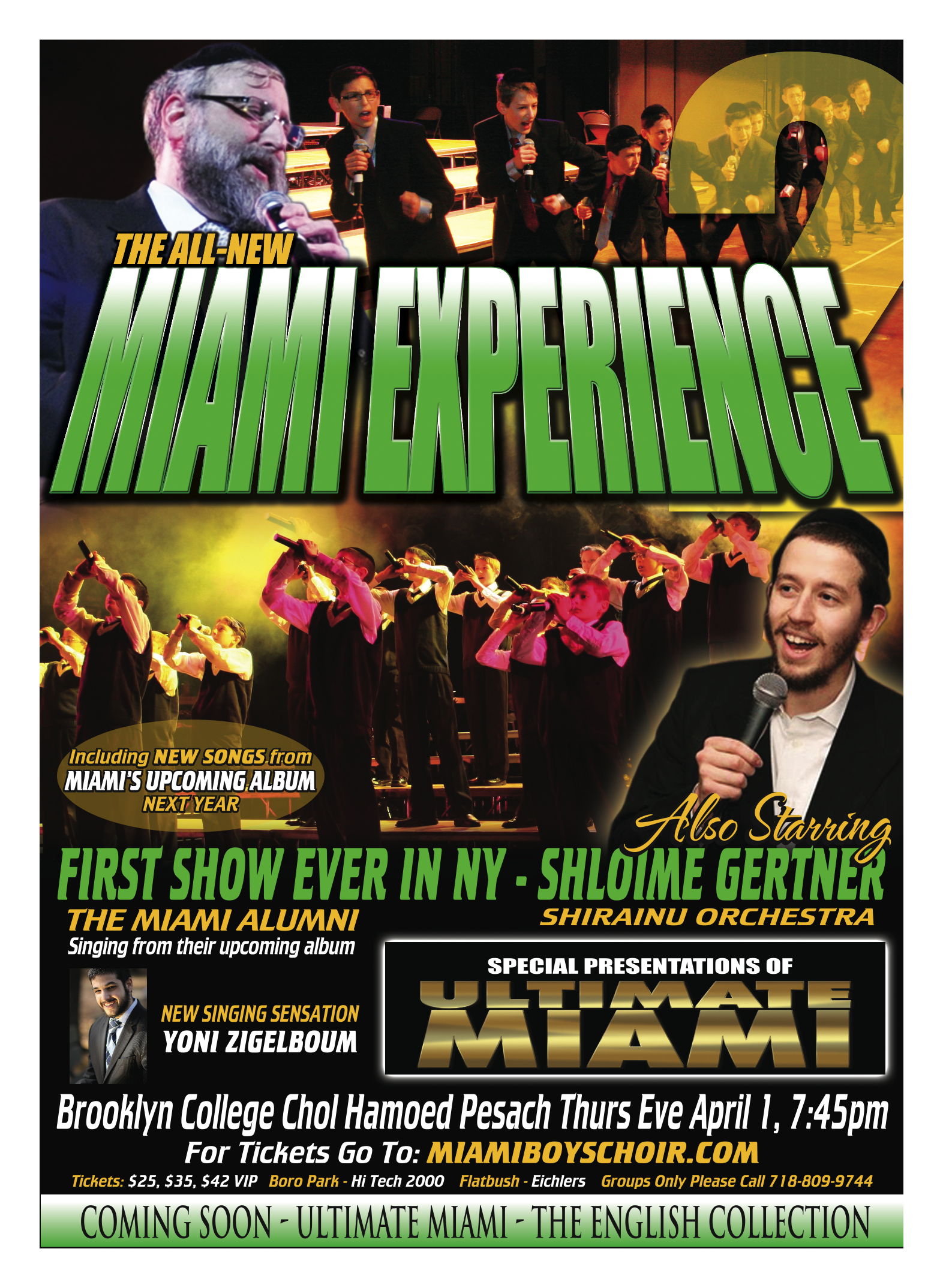