Reb Shlomo Hadrashan, has just released the follow up CD to Bod-Chu-Nis Comedy CD. This new CD titled “Live in Lakewood” is now available through MostlyMusic.com. 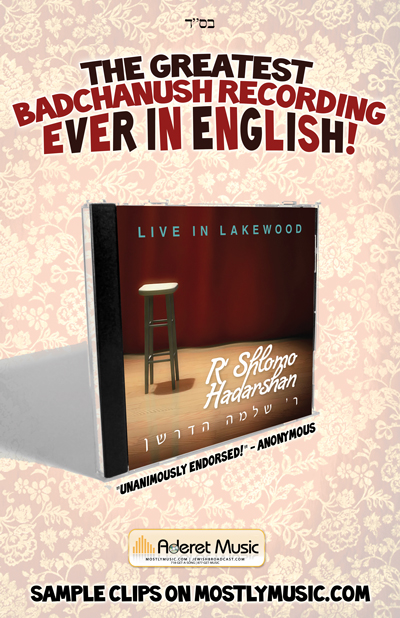