JMR is proud to bring you the first in a brand new series.

If you have ever laid eyes on Jewish sheet music, odds are very, very good you are looking at the handiwork of Avremi Gourarie, known in the Jewish music world as Avremi G.  Without a doubt, Avremi G is the most prolific music copyist in the Jewish music business today and is by far the largest supplier of Jewish sheet music for band leaders and orchestrators.  He is also responsible for sheet music preparation for large scale concerts such as HASC and Ohel.  As an arranger, he has worked with artists such as Avraham Fried (Yankel, Yankel, Avinu Malkeinu)  Dovid Gabay, Benny Friedman, and others.  His sheet music is easily recognizable, with the notation BHNV (B’shem Hashem Naaseh V’Natzliach)in the upper right hand corner and a graphic of a baboon playing the cello in the lower left hand corner.

Day 1: Eli Gerstner.  On today’s agenda?  Planning the arrangements for a rock ballad which will be on the upcoming Chevra 4.   First step:  putting the music up on the computer, where it is edited and fine tuned until it sounds just right.  Next, computerized instruments are added to the track and more adjustments are made until Eli is satisfied with the arrangement.  Finally, it is scored for the different instruments.  Only then are the parts printed and prepared for recording in the studio.

After ten years, this is clearly a partnership that works well.  Eli describes Avremi as “one of the nicest guys…a true under appreciated, behind the scenes talent!” 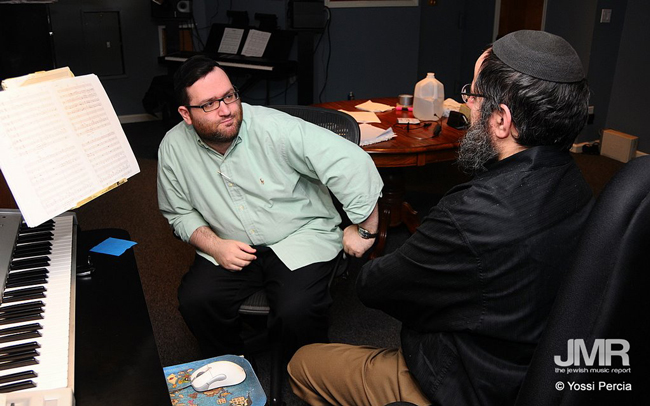 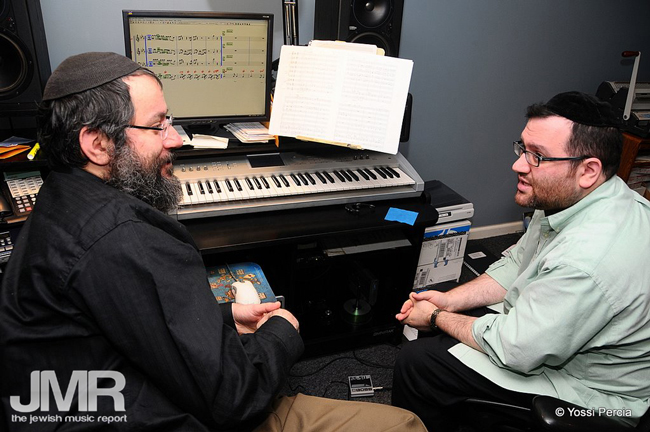 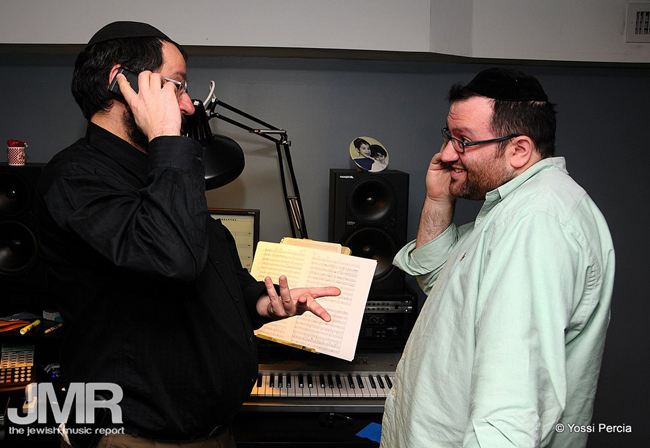 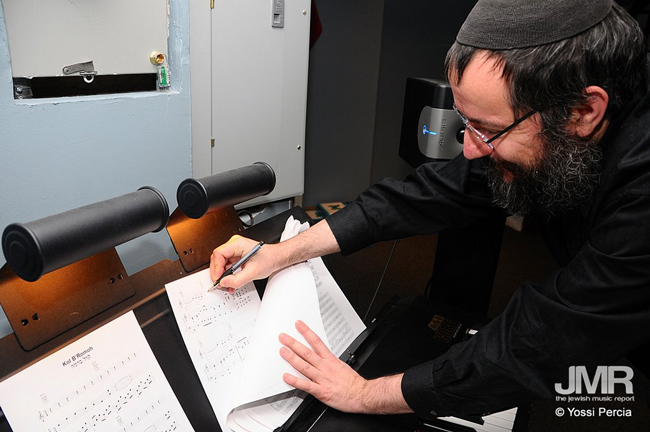 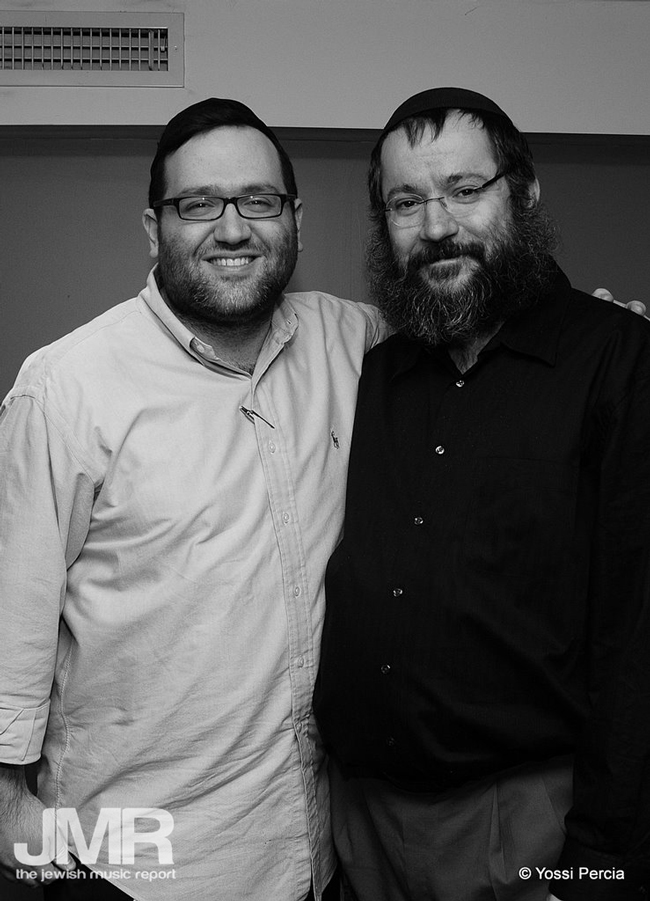 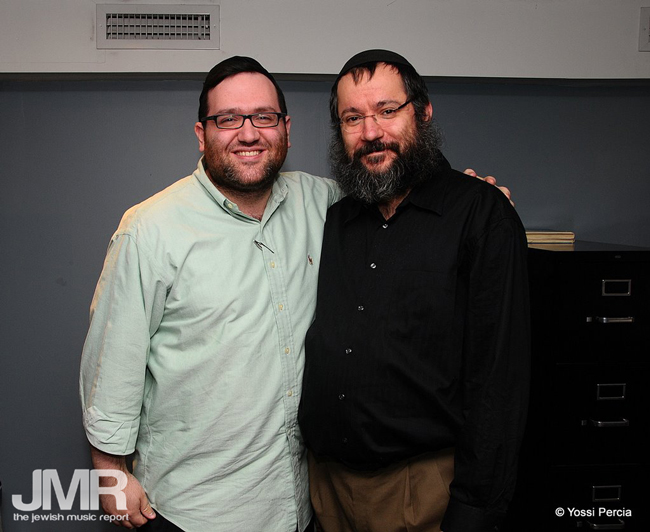 Day 2: Avraham Fried.  The Soul To Soul concert, with Avraham Fried in his first show featuring exclusively Chabad music, is just weeks away.  As musical director, there is so much to be done, even in the pre-production stages.  A band needs to be contracted and songs need to be finalized so that arrangements can be written.  As it is a new show, Avremi will be writing brand new arrangements for the entire show.   Additionally, this year’s concert will feature the top three finalists from the  Jewish Star competition.  Each finalist’s songs may need to have arrangements either edited or written completely so that they include the proper instruments and are in the correct key. 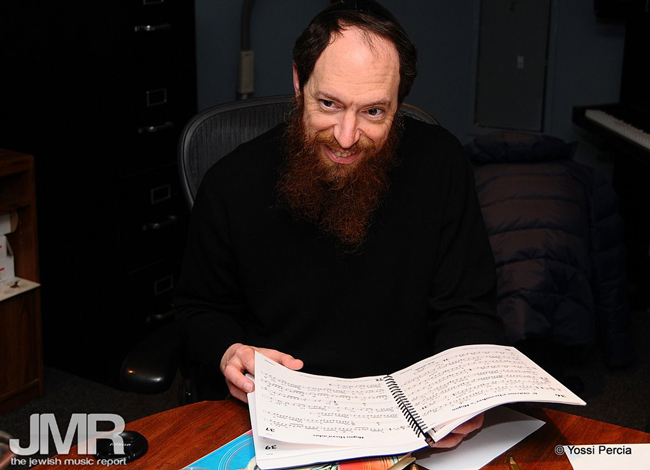 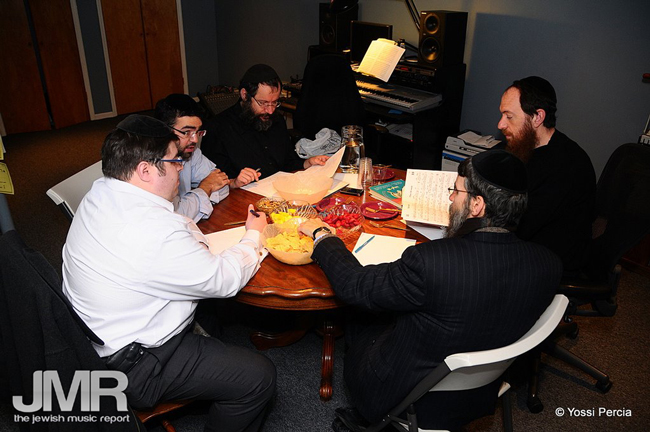 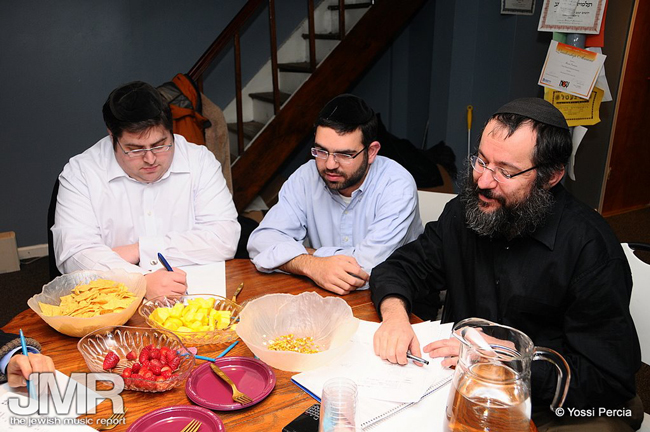 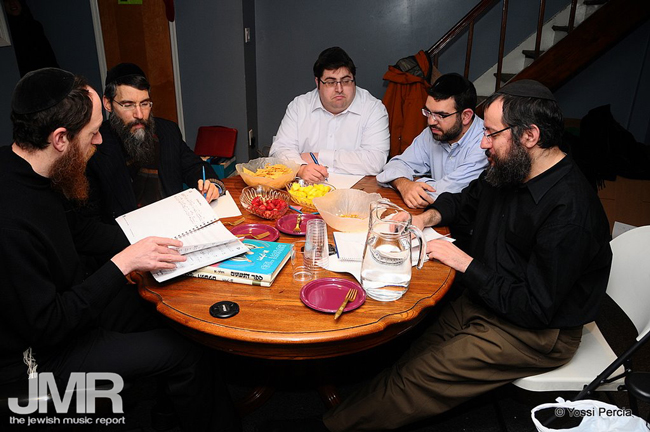 Day 3:Yossi Green.  There is no question that G Notes, a songbook of Yossi Green compositions, will become a must have for any serious Jewish music fan.  Featuring complete piano arrangements by Yaron Gershovsky, pictures and detailed anecdotes written by Yossi Green, this book promises to be a treasure trove of musical goodness.  But producing a work of this magnitude takes careful planning and hours of work.  Each and every song has to be listened to, modified and tweaked on the computer.  Next, Avremi G edits each one for clarity, accuracy and easy readability.  Finally, all those arrangements, all those anecdotes and all those beautiful graphics will be transformed into an absolutely gorgeous hard cover book which will be a welcome addition to the home of any Jewish music lover. 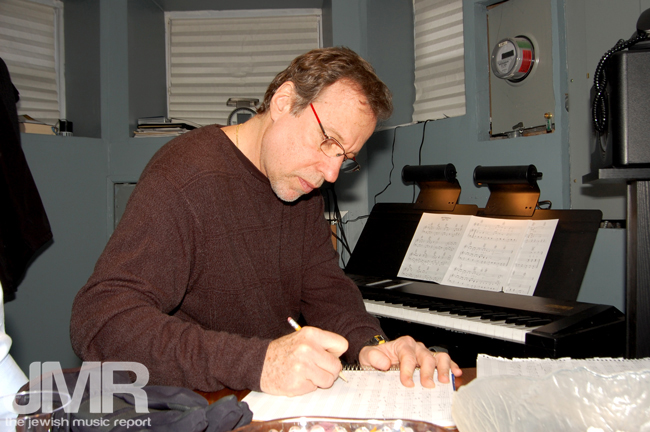 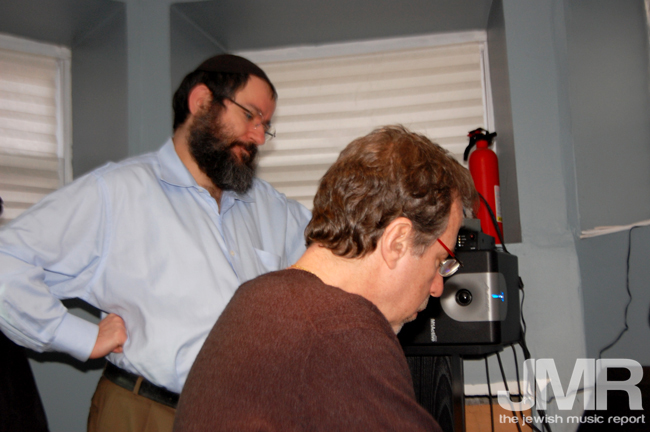 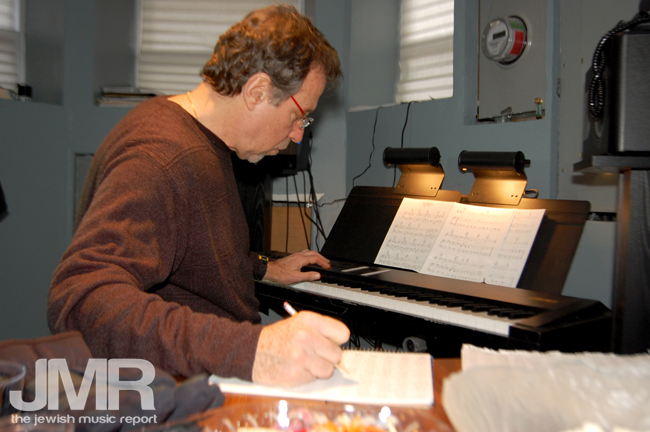 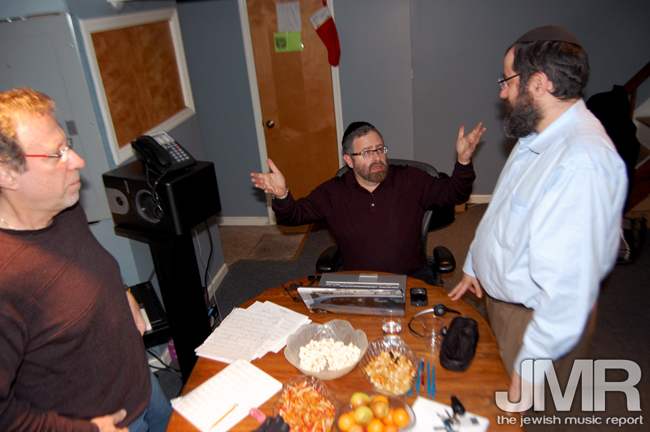 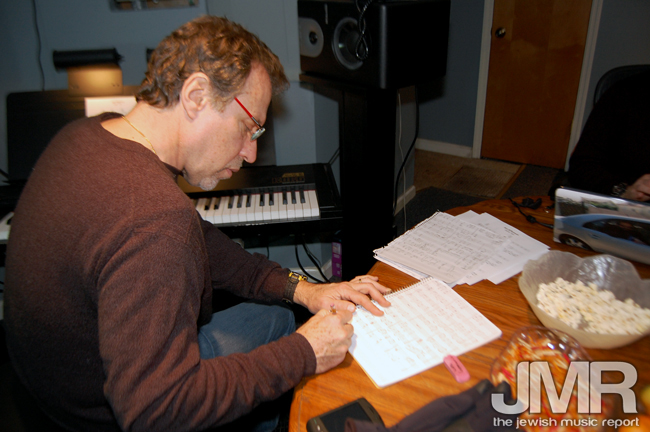 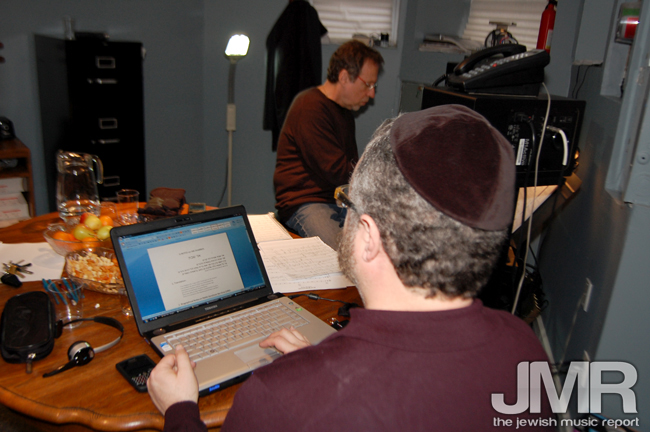 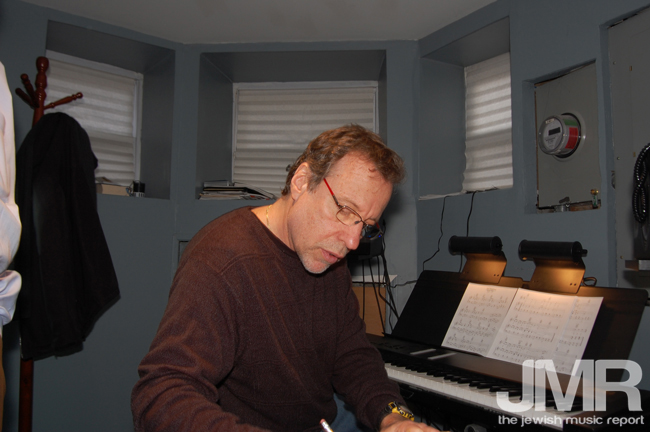 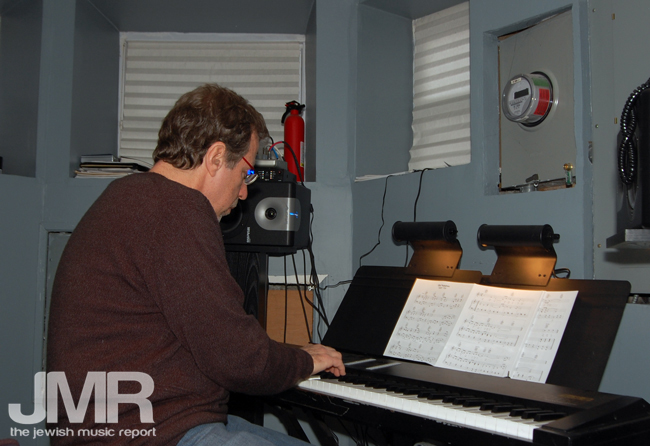