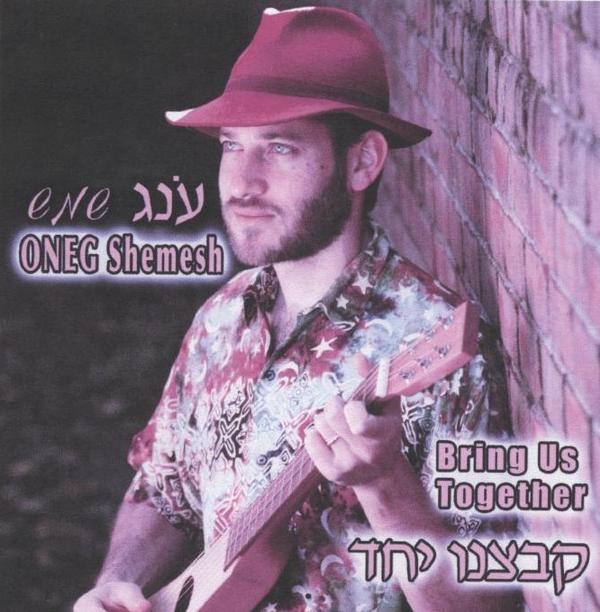 ONEG SHEMESH is an original member of the MOSHAV BAND.  He produces music with an edge, combining contemporary hip concepts with classic Jewish midrashic kabbalistic and scriptural sensibility. Among his musical mentors is the Father of modern Jewish music, Rabbi Shlomo Carlebach.

He grew up in Israel on Moshav Mevo Modiim founded by the late Rebbe Shlomo Carlebach, Z”L. He had the great privilege of spending much of my time with the Rebbe, accompanying him on guitar and drawing from his wealth of knowledge.

After finishing his army career, he joined The Moshav Band and toured with them throughout Israel, the United States and Canada. He is presently living in New York, where he has been performing concerts wherever Jews are found. In addition, he has been leading Shabbatonim and Holiday Davening using the chazanut nusach of Rebbe Shlomo Carlebach, bringing joy and happiness to communities around the world while trying to live up to his name ONEG, which means utmost joy.

You can download the Shine it Forward song free atonegshemesh.com