MBD is as hot as ever. Not only did he release one of the best CD’s of the year, but he’s headlining a major concert coming soon. MBD will star in “MBD Kulam Ahuvim Live” coming December 19th, 2009. The concert will also feature Aaron Razel, Yeedle, Shua Kessin and Avrumi Flam. 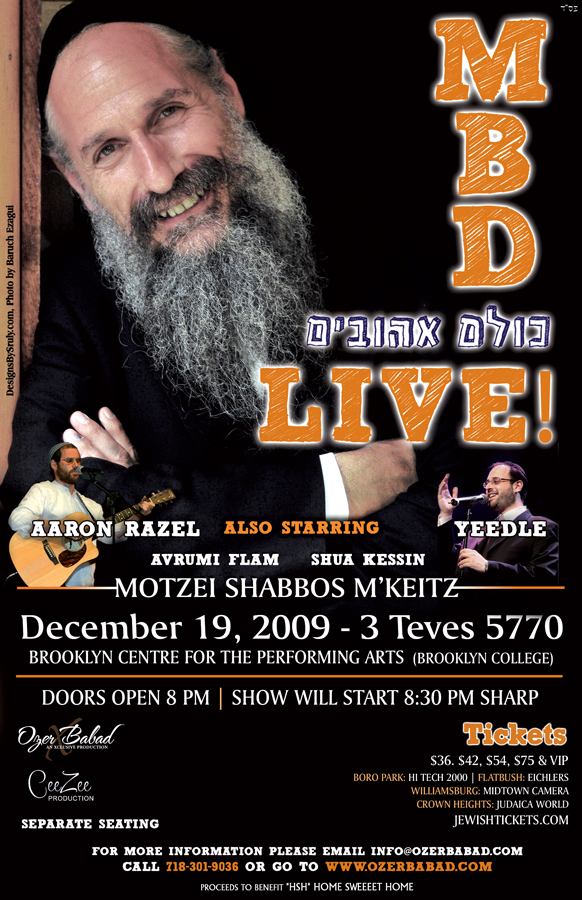 Here is a short video promo for the concert.

In addition MostlyMusic.com is having a 24 hour pre Chanukah sale where you can buy MBD’s Kulam Ahuvim for only $9.99. 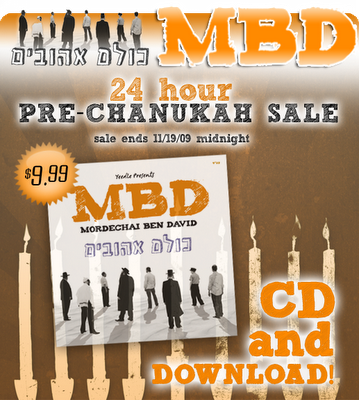