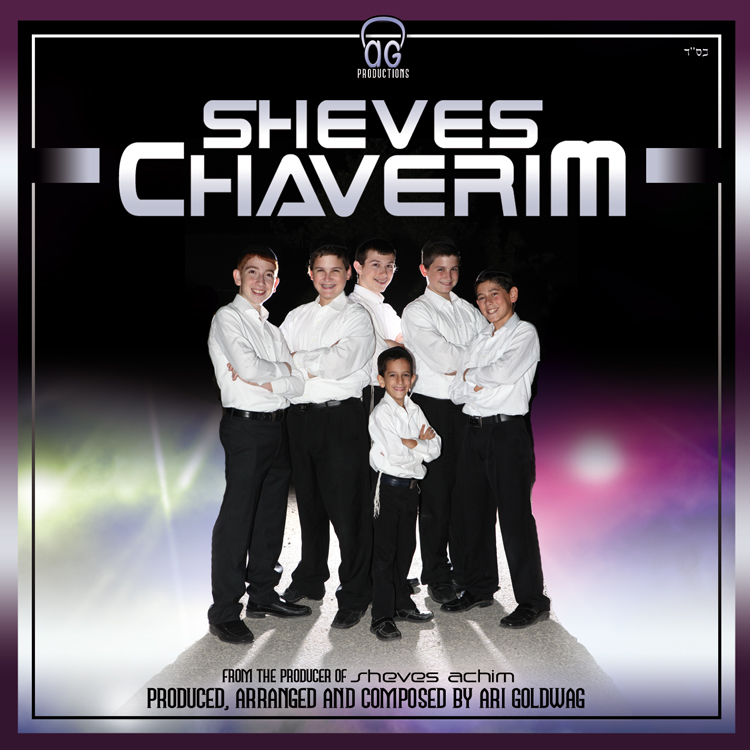 I was skimming through facebook and found that Ari Goldwag posted something on his blog Geulah Perspectives about Sheves Chaveirim. Lo and behold! It’s a sampler for the new album!

Looks like one of the songs he has the kids singing is “Finally Here” a song he previously recorded with his vocals. The sampler sounds great and I’ll preview the album art as soon as it’s released, b’h!

Here’s an excerpt from his blog.

So, you may have noticed that I have been somewhat absent over the last few weeks. Baruch Hashem, I have been working hard to complete the new music album that I have produced, entitled Sheves Chaverim. It is an album that continues where Sheves Achim left off. (Look out for Sheves Achim volume 2 in the future!) The album features six child vocalists – Moshe Bell, Yair Frohlich, Moshe Dov Goldwag, Shlomo Lipman, Zev and Baruch Sheff. It contains twelve songs, two in English. It is the culmination of a production that stretched for over a year. I composed 11 out of the 12 songs, with the twelfth song being a classic Shlomo Carlebach song. It is my hope that you will find inspiration in the music, and that it will bring you to heightened levels of closeness to Hashem. Be’H, the album should be in stores before Chanukah.