Treasures From The Trunk: Part 1 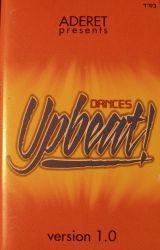 I don’t know about you, but I have tons of cassettes, despite the fact that cassette players are vanishing faster than a plate of onion rings in a room full of teenage boys. And I just got a whole bunch more, thanks to my husband’s new car that only came with a CD player. So here I am, with a box full of tapes, most of which were probably picked up in the bargain bin of some Judaica store.

I will tell you honestly, that I didn’t expect to find anything in that box I would want to listen to. After all, there’s a reason why most of those tapes end up in the bargain bin.

But I was wrong.

This 2003 Steve Green production, features a nice assortment of leibidic Jewish music, with an occasional sprinkling here and there of ABBA. (Yes, you read that right.) It is fun, cheerful, great background music that doesn’t sound dated. You can either hope to get lucky in the bargain bin of your local Judaica store or you can just order it from mostlymusic.com. Either way, it’s a great addition to your collection.

Are there any more treasures from the trunk, just waiting to be rediscovered? I’ll let you know!