A veritable who’s who of the Jewish music scene gathered at The Sands this past Thursday night in honor of the wedding of Yossi Green’s son Ari to Temima Ehrenpreis. 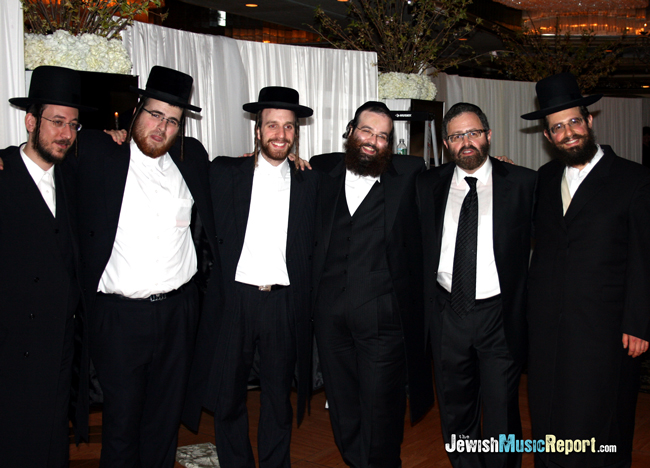 The delectable food and exquisite ambiance were accompanied by a musical feast that was enjoyed by all. The chupah began with beautiful melodies sung by Shloime Taussig joined by Shragi Gold and  the Shira Choir. They sang  Ki Elokim, a new song composed by Yossi Green for Mordechai Ben David’s upcoming album, as the chosson walked down to the chupah. That was just the beginning of the moving and inspiring chupah.

The meal began with Levi Yitzchok Folkowitz doing a set of moving Yossi Green songs accompanied by the Shira Choir. Next, Shloime Taussig and Sruly Werdyger sang Modim Anachnu, the title track from Taussig’s new hit CD. They segued into a new intro as the chosson and kallah were brought in and sang the first set.

All this was coordinated by none other than Yossi Tyberg and Gershy Moskowitz of TeeM productions who kept everything running smoothly.

We here at Jewish Music Report would like to take the opportunity to wish a hearty mazel tov to both the Green and Ehrenpreis families on this beautiful simcha. May they be zoche to build a bayis neeman b’yisroel.

We would like to thank www.TaussigMusic.com for compiling the information for us and our editing staff for putting it together and gathering additional facts.