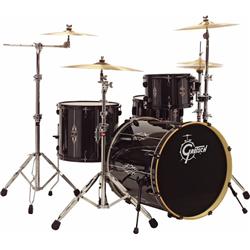 Over the years of being a music junky, I’ve sat and argued with many people about that tired phrase, “There’s nothing good in Jewish music!” Simply put, the claim is really one of music lovers looking for alternative Jewish music. And by alternative I don’t mean the genre – I mean the idea of something, you know, a little different. Eclectic may be the right word. Well, truth be told, Jewish music always had a handful of artists who were on the fringe of one thing or another (and I write this with a song from Diaspora playing in the background) – whether it is the Moshav Band, Reva Lesheva or Raya Mehemna.

So in this space, we’ll explore some of those groups and artists with sounds not typical to the Jewish music world. I have also had the pleasure of hosting concerts with some of these artists, and when applicable, I’ll make comments on their live sound as well.

The Three Best Bands You Never Heard Of

Language: English, with a bit of Ivrit

Blazing guitar work, with an authentic seventies classic rock sound and feel. This band has been on the up-and-coming in Israel over the past few years, and the only question is whether they’ll be able to continuously recreate themselves, or whether they’ll be a one-trick pony. All three are professionally trained, which explains their tight sound. Their lyrics vary from the personal to the spiritual to the representational.

Among their albums can be found rock versions of the classic Chabad niggunim Tzomah Lecha Nafshi and Yaaleh Tachanuneinu (aptly renamed “Rependrix”). They also toss in their take on secular cover tunes on their second album, Real People. But most of their songs are just plain rock – more guitars than lyrics. Passin’ Over has a more raw feel, while Real People is a bit more produced. Both have their “Wow!” moments – most notably on Passin’ Over in the bass solo and its gorgeous guitar follow-through on Deep Peace (check that out here) and in the middle of the song Free (3:23 and on) in Real People.

The three of them are awesome people, and it’s clear they enjoy what they do. Their live scene is frenzied, original and full of energy – they really know how to rock the house! We had them for an outdoor concert, and many people walked up off the street, duly impressed by their spectacular sound. More to be revealed from this great group of guys.

Language: Ivrit, with a bit of French and English

Post-Matisyahu, it’s easy to dismiss anyone who is frum and doing something remotely reggae-based as a Matis wannabe. That, however, is not necessarily true; and especially so with regards to this highly talented group. While reggae is definitely the foundation upon much of what the band pulls out, they reach into multi-tiered musical skills to include sefardic chants, rock ‘n roll riffs, Mediterranean licks and jazzy solos – not to mention the random shofar blasts thrown in for kicks.

Of their two albums, Jerusalem is the reggae album. It starts with an excellent song – Vehaya Beacharit Hayamim – and flows through an outstanding musical journey filled with surprises the whole way through. Personal favorites include Ahava Tenatzeach, Hinei Zeh Ba and the reggae/rock Ima Adamah. Acoustic Friday is a live concert very much unlike Jerusalem – so much so that they feel like different bands. You feel the hippy vibes much more on this album. It’s very raw. The album’s concept is Shabbat songs in a fairly loose unplugged environment. Jerusalem is much more my personal speed, but Acoustic Friday has its moments.

Aharit Hayamim definitely is a favorite of the hippy crowd in Israel; particularly in Bat Ayin. This is partially due to the fact that their annual Aharit Hayamim Festival is held outside of Bat Ayin, and partially due to the earthy, roots-reggae nature of the music. But it is live where Aharit Hayamim truly excels. The members of the band get into the music in a big time way – swaying, dancing and jumping, all the while spinning off jams. My personal favorite was a live disco version of Shmuel Brazil’s Sholom Aleichem – the drums were ready to burst off their hinges, and the entire room was up and moving. You can see for yourself some of their musical skill and passion on many of their online videos, including here.

If they can produce their next album on the level of some of their live performances, we’ll be in for a tremendous musical treat.

Language: Ivrit, with a bit of English

One of the things I love most about this group is the total and absolute lack of religious cohesion among its members: Kipa Sruga and Kibbutzniks; a Chabadnik and a Carlebachnik; and let’s not forget the Breslover. I’m sure this gives them a bit of their diverse sound. But how do you classify their sound? It’s difficult – on one hand, it’s got that klezmer violin, on the other hand it’s got that distortion guitar. At the same time, it’s got an utterly gorgeous acoustic guitar version of Chabad’s Birchat Kohanim. So yeah, this album’s got a bit of everything. But my personal favorite is the brilliant rendition of a Kabbalistic concept in Cockney English, timed to trip hop and funky psychedelic solos with a niggun as the chorus in Ki Hilatzta. You can experience that here.

Keep an eye on these guys – they’re too talented not to produce bigger, greater and even cooler things.