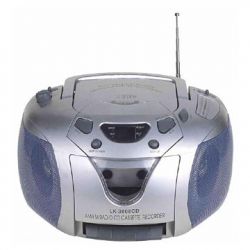 So normally it’s a post that sparks the comments. This time, a comment to a different post inspired me to pull out my laptop and start typing.

This comment came in today in response to one of the reviews that was recently posted on this blog.

I object to “sefira music”. Sefira & the 3 weeks we dont listen to music as it is a time for mourning. Would anyone ever contemplate bringing out a vocals cd & calling it “Shiva music” or “Aveilim music”???

For me, personally, music is a source of tremendous pleasure. I don’t care if it’s a capella or accompanied by a fifteen piece orchestra, I love music. But I don’t listen to it during Sefira. Is it hard? Yes, it is. But so what? I know what my Dad would say. “Are you so spoiled that you can’t manage without music for three weeks?”

I’m sure I’ll get slammed for this, but come on, people. There are moments in life when we’re NOT supposed to have everything we want. It’s 33 days.   Turn off the music.   Remember what Sefira is all about.    And hang in there. Lag B’Omer is coming.