Ari Goldwag is back again with another album chock-full of hit songs! This time, the album is all-English. After the success of Am Echad and Yesh Tikvah (which Goldwag composed for Benny Friedman), it only made sense to continue to give people a message of hope and strength in their native tongue. “I’ve wanted to do an album like this for years,” says Goldwag. “From the success and interest that I’ve seen from the different English songs that I’ve released on recent albums, I felt the time was right.” Ari is known for his songs that pack both a message and a great melody. From “Hashem Loves You” on the album Sheves Chaverim, to “Hashem is always there” on the album Am Echad, the songs that speak to us most are often the songs that speak our language.

The album features ten songs, composed by Goldwag himself, Dror Kivodi, a long time collaborator with Goldwag, Miriam Israeli (who wrote the Hebrew lyrics of Yesh Tikvah and Am Echad), as well as the talented writer and lyricist Leah Rubabshi.
The outstanding hit of the album is the song “Chanukah Light,” which will soon be released as a music video with an unusual twist. The themes range from facing our challenges (“Something Different,” “Choices”) to the special smile of a child (“Your Smile”) among others. There are songs that subtly remind us of our love for Shabbos (“Angels Out”) and Eretz Yisroel (“Take Me Home”). This is an album you will not want to miss!
You can pre order the CD and Download here. 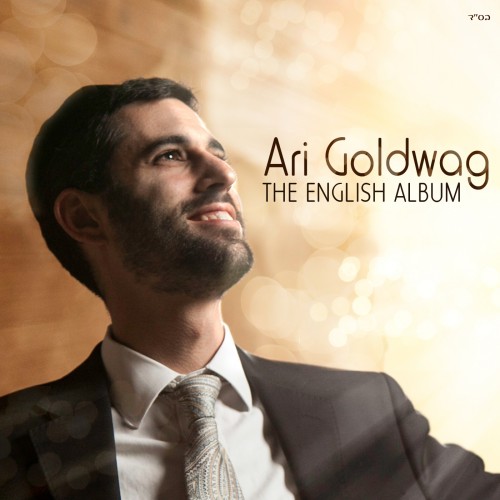