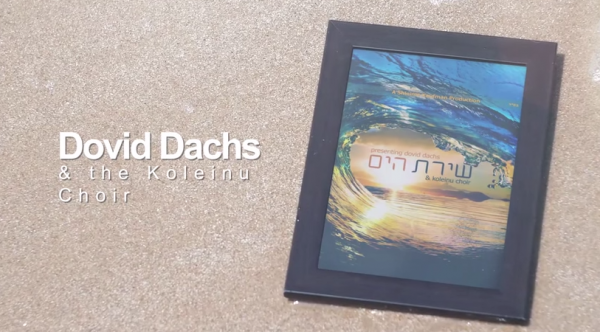 Dovid Dachs long awaited return to the studio is FINALLY here. More than one year in the making, this album features eight of his friends as the Koleinu choir. The album titled “Shiras Hayam” was produced by music veteran Shloime Kaufman. Shiras Hayam consists of five medley’s with your favorite songs including hits from Rabbi Shlomo Carlebach to Abie Rotenberg and everything in between. Arrangements were masterfully created by the mega talented Nochi Krohn with music by the Shloime Dachs Orchestras featuring some of today’s most sought out musicians. Guest appearances include Shloime Dachs, Moishy Dachs, Avromi Schwebel and Shloime Kaufman.

Shiras Hayam will be distributed by Aderet music and be in stores next week.