Yitzy Schwartz is back again! Coming in the footsteps of his legendary hit album “2nd Dance”, he’s once again on the threshold of a historical release. This massive project goes by the name “2nd Dance II”, and it features music by the newest orchestra in the industry, The A Team, who have already earned the distinction of being the foremost name in the field. The songs were handpicked by Yitzy Schwartz from Jewish music’s greatest hits, ranging from old time classics to modern sellouts. The album is graced by the greatest voices of today, including Avraham Fried, Benny Friedman, 8th day, Lipa Schmeltzer, Yumi Lowy, Beri Weber, Yoely Greenfeld, Yoni Z, Shragee Gestetner, Levy Falkowitz, Avi Peretz, and child-prodigy Ilai Avidani. Also featured is a new and unique twist on V’afilu Behastura, sung by Yehuda Green. The singers are accompanied by premier choir leader Moshy Kraus the amazing Meshorerim adult and childrens Choirs. This album is sure to knock you sockless, so hold on tight and be prepared to Experience The Magic!!!

The Album will be available Chanukah 2014

The album is distributed by Aderet Music and will be available on www.MostlyMusic.com, iTunes and wherever Jewish music is sold. 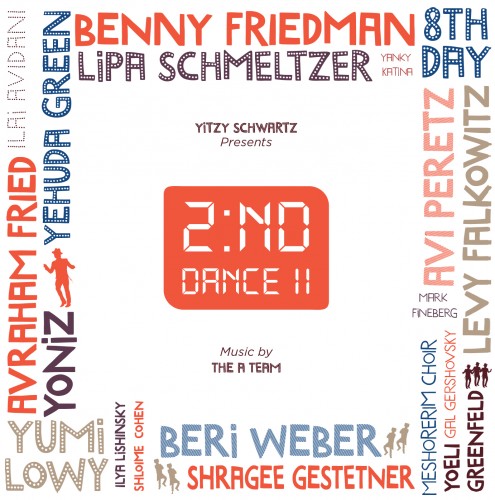