New jewish music is usually overhyped and very exciting when it is first released, and the first time you listen to a new song, it sounds nothing short of amazing, but then slowly after a few days, you end up putting it in the back end of your hits playlist. This is why I do my reviews one week later, usually we can tell if the album is a keeper after just a few more listens. 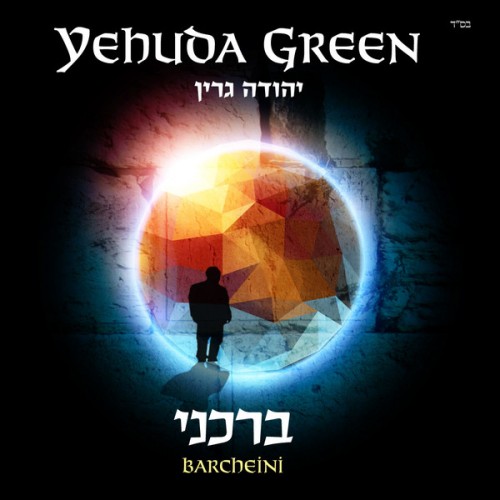 Yehuda Green’s new album Barcheini is his first new album in 3 years, and with songs so crisp and an album that sounds so good, it was well worth the wait. I have to tell you, me and my friends were saying how we were losing faith in this album actually happening and then it was announced and the Rebbe Rebbe song came out, and I got really excited for the album, which, I have to say, didn’t disappoint. Let’s get to the song by song review.

BARCHEINU- Yehuda’s first song of this album is a slow ballad, which screams classic Carlebach, so I was pretty impressed with myself when I saw I guessed correctly and R’ Shlomo himself was indeed the composer of this song. On first listen, it was easy to figure out that this song is very similar to Yehuda’s song Yearning from years back. It’s interesting how Yehuda doesn’t start with a fast song like most jewish music albums do, but this song is excellent, no matter where it’s placed.

REB SHLOMOS NIGGUN- I think it’s quite obvious that Reb Shlomo composed this song, and as I am always a fan of Reb Shlomo’s niggunim, I’m into this one as well. This song will be that fast get up and dance kumzitz song.

HANESHAMA- A beautiful song composed by Yehuda Green with the help of Pinchas Wolf. The high part of this song is a little intense for me, but it has a beautiful mid that really makes the song flow beautifully. Great job by Yehuda.

DIDI HAKOL TOV- The eyebrow raising song of the year (not the album, the year). I can’t figure out this song for the life of me. The composer is Antshie (the name just adds to my eyebrow raising), and the song is a good song, it’s just a weird one as well, but that doesn’t mean I don’t have it on repeat (which I do).

MA ASHIV- A gem of a song that speeds up towards the high part and never really slows down again. From the words of Tehillim, but most common for being said during Hallel, this song can totally be sung in shul and if Yehuda is doing Hallel, it probably will. This song was composed by Pinchas Wolf with the help of Yehuda and its one of the best on this album.

KULAM BLEV ECHAD- a faster song than you’re accustomed to with Yehuda, but nonetheless a legendary song in its own right. He breaks out the electric guitars and the song really wants to make me dance. It’s another one of those yachad, Am Yisrael together-type of songs, but it’s definitely a keeper. I especially like the part when they cut out of the music and just have the drums pounding. Composed by Yehuda, this songs a hit and is also my favorite song on the album.

AD MATAI- A nice slow song that’s really focused on Ad Masai, until when will we have to suffer in golus? Please Hashem, Yehuda and all of us cry out, return us to Your shechina in your city. Composed by Yehuda again, he clearly put his entire heart and soul into this song.

NACHAMU- Shabbos Nachamu is the shabbos after Tisha B’Av and it’s appropriate that the song after one that made me feel like Tisha B’Av is a song regarding nechama. A beautiful niggun, it’s one that we all hope to sing together in Yerushalayim.

ANA BEKOACH- When I heard the first few seconds of this song, I thought to myself, I know this song. And I was right, this song is Higher and Higher from Reb Shlomo (a song that Moshav covered quite nicely) that Yehuda gave Hebrew words to.

REBBE REBBE- I heard this song before, it was released as a single beforehand and my feelings for it haven’t changed. It’s a great song thats lyrics are very inspirational. Composed by Moshe Pomp, this song had me waiting for this album.

TSHUATAM- An interesting song that starts with the original recording from the kumzitz that Yehuda heard this song at. This song should make it big and be sung at Purim seudahs and mesibahs worldwide this coming Purim.

MELOCH- a nice niggun from Yehuda composed by Reb Shlomo. It’s a beauty of a nigun and ends off the album with a solid bang. I love when the song stops for Yehuda to kvetch out some words (this songs words are from davening on Yom Kippur) followed by the continuation of the niggun. I don’t know why, but those types of niggunim are special to me.

And thus ends an album that is sure to be another hit for Yehuda Green. If you’re a big fan of Yehuda or you like Carlebach-style songs, why don’t you have this album already? And for people who aren’t fans or don’t like anything Carlebach, try this cd. It may change your mind. An A+ album from Yehuda Green.