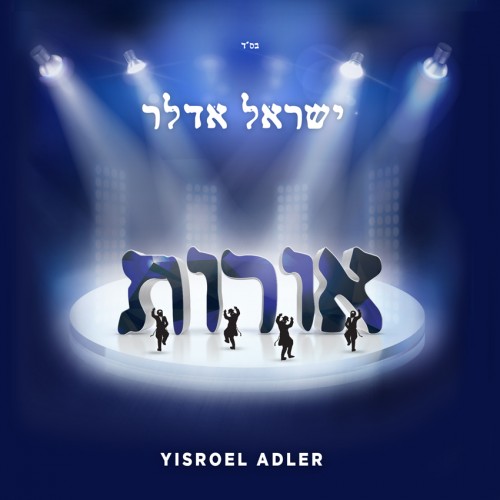 Yisroel Adler, began his musical Career as a Badchan by weddings, he now has been doing this for many years with great success in Israel and across the globe. Yisroel is a son of world renowned Chazzan Chaim Adler, he has a great love and feeling toward chazanas and is also a Ba’al Tefilah for Yom Tov and on Shabbos.
Three years ago, Yisroel began working on his album. He met with the greatest composers and took his time not compromising but looking for the best!
The tittle song ‘OIROIS’ was released in middle of the winter as a single song became a wedding hit more known as ‘Chassidim V’anshei Mase’.  The album combines several genres of chasidic music, songs of joy along with emotion and of course songs in Yiddish Graman.
The album features songs composed by Pinky Weber, Meshulem Greenberger, Meir Adler, and others, Music Arranged by Moshe Laufer, Ofir Sobol, Yuval Stoppel, Yehudah Glili, & Meir Adler. The CD will be distributed by Aderet Music, and be available online at MostlyMusic.com and of course all places where you purchase Jewish music. CD will be available this Thursday.
Enjoy a preview of the album here.
Pre order the album here.
http://mostlymusic.com/products/yisroel-adler-oirois-pre-order