Since sefira has ended, we have seen a rise in new Jewish music and mostly music can barely keep up, so how can I? I recently got my hands on 4 new albums and won’t have time to do a review on all 4, so I thought let’s just review the best songs off each album. Ready? Let’s do it.

Our first album is Nostalgia by Moishe Mendlowitz. Moishe has a gorgeous voice and I’ve been really into him since he was on Shir. He has put out a new album of oldies for the new generation. It’s broken into five melodies plus he added a new song that u his father recently composed. Today I’ll highlight the first Medley.

MEDLEY 1– The song begins with the classic Bilvavi Mishkan Evneh by Rabbi Shmuel Brazil off the album Ohr Chodosh. It continues with Keli by R Suki Berry and Shimmy Blumenthal off Amudei Shaish. Habotchim by Avi Sherman off the same album, Amudei Shaish is next. Finally, we finish off this Medley called heartbeats with Chazak Yimale and Vimaleh from R Sender Mendlowitz off Neginah Volume 2. 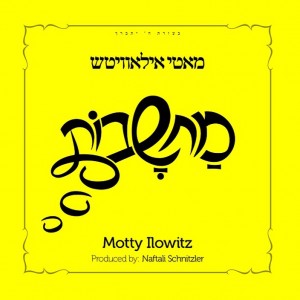 The next album is a debut album from Motty Illowitz called Machshovois. This album is full of gems. Motty is a young badchen who has composed songs for some of the best singers in Jewish music. I’d like to share 3 songs with you.

LOI ISH- The first track is catchy and fun and probably has great lyrics except that I don’t know Yiddish. But if I like a song so much without even knowing the lyrics that must mean it’s really good, no?

FARSHTEIN– I figured out enough of these lyrics with the help of some friends. The story in this song is about the Ksav Sofer sitting at his father, the Chasam Sofer’s pesach seder. He asks his father to explain the seder a little and then the song takes off. A long beaut of a song, listen a few times and you’ll be soul struck (especially if you know Yiddish).

KADSHINEE– A nice song that probably would’ve been sold to another singer if he wasn’t singing it. This song comes from shabbos davening and is very easy to understand and enjoy. 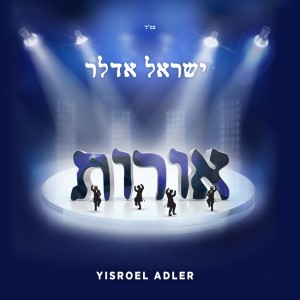 Next up is the debut of Yisroel Adler,called Oiros. He is also a badchen and started working on this album 3 years ago. His album is very good as well and worth the listen. One of the songs off this album was released in the winter as a single called Chasidim Veanshei Maaseh to great fanfare (even getting a spot on Simchas Hachaim 4), so I’m not gonna review it here. I’ll review 2 songs off this album.

OILAM HABAH– This song is a story from Taanis about Eliyahu Hanavi pointing out which people in the shuk are bnei oilam haba. (See Maseches Taanis 22a for the full story). It’s a cute song and a nice nigun.

PINKYS NIGUN– Composed by (you guessed it) Pinky Weber, a beautiful nigun that is upbeat and catchy and reminds me of all the recent niggunim, like the chabadsker and neshoma. Beautiful flute and Yisroel’s voice really shines through in this song. The rest of the album is filled with really nice songs as well. 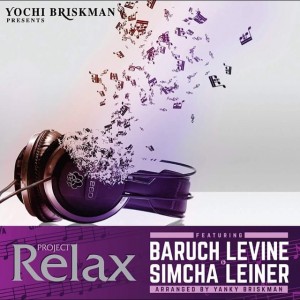 Finally, the album everyone has been waiting for: Project Relax 3 featuring Boruch Levineand Simcha Leiner. This album is stacked with slow, relaxing niggunim. Combine those beautiful niggunim with the gorgeous voices those two have and we got ourselves an album. I will review 3 songs from this album.

VE’YIYU RACHAMECHO– This fantastic song from Eli Beer (who also released a debut album recently) is truly beautiful when sang by two of the nicest voices in Jewish music.

LECHO DODI– This song, off Boruch’s Touched By a Nigun album, is beautiful and not used often enough for Friday night. It is played at the perfect tempo and I really enjoyed it.

DA LECHO BNI- The only new song on the album, this song was composed by Yoeli Klein and Shaya Gross, the same guys who composed Vafilu Bhastara (which is also on the album). It’s a faster song than the rest of the album but ends the relaxing album in a nice way.

So to conclude, I strongly advise you buy these albums but if you can only get one, then go by what you like. If you like slow oldies, get Moishe Mendlowitz’s Nostalgia. If you want new music then get either Yisroel Adler or Motty Illowitz’s debut albums. If you like slower, newer songs then buy Project Relax 3. Whatever you get, enjoy it and get ready for more new music. It’s a busy season.