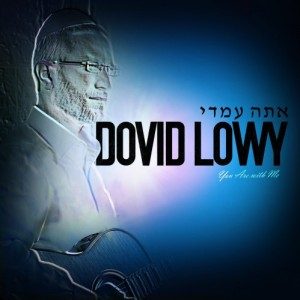 Today I’m going to be reviewing an album from a brand new artist for you. Rebbi and musician Dovid Lowy has released his debut album! Currently based in Israel Reb Dovid has finally decided to share his music with the public. Here goes!

Ata Imadi – This album starts off on the right note (no pun intended). The title track of this album starts us off with an exciting arrangement by dynamic duo Yitzy Berry and Eli Klein. As if his arranging skills weren’t enough,  this track is composed by Eli Klein as well. If the first track is any indication of how the rest of the album will be we’re off to a great start!

Elokai – This next track arranged by Jeff Horvitch is a soulful ballad featuring amazing child soloist Dovid Pearlman (formerly of the Miami Boys Choir). Both Dovid’s are extremely in sync as their voices complement each others quite nicely.

Song Of Inspiration – This next song is an inspiring nigun composed by Reb Dovid. This track was arranged by Eli Woznica who I personally have always been a huge fan of. Listen for the violin solo, it’s really amazing!

Meheira – This next song composed by the one and only Abie Rotenberg and arranged by Eli Woznica features a gorgeous blend of vocals by both Abie and Dovid. While there are many great composers out there I find something extra special about Abie Rotenberg compositions. He has a knack for composing songs that fit the lyrics message perfectly.

Horeini – As this next track starts it’s not clear if you’re still listening to the Dovid Lowy or Simply Tsfat. That’s a great example of the diversity of this album. featuring an arrangement by Jeff Horvitch and some amazing violin, mandolin, and guitar solo’s, you may just hear this song at the next Kumzits you attend.

Ma Rabu – If you haven’t seen the music video for this next track yet go watch it (after you’re done listening to the entire album) Not only does this song feature backing vocals by Ari Goldwag but he even makes a cameo appearance in the video. While this composition is wonderful on its own, Ari’s vocals definitely take it to a new level.

Chamisha Kolos – This next track composed by Eli Klein brings back the old school disco with a Klein/Berry twist! If by chance you forget this song (as if that were possible), you are sure to be reminded very soon as it may be making it’s way to the Simcha-scene.

V’hareinu – This next song takes lyrics we are familiar with and gives them a gorgeous tune they can be sung to. Arranged by Jeff Horvitch and featuring the Moshe Roth choir this is the perfect way to get in the Yom Tov mood.

Hineni – If you thought Ari Goldwag’s backing vocals were a one-time thing, you’re mistaken! This next song also features Ari and Dovid this time collaborating on a fast paced song composed with lyrics from a special Tefilla. This song has an exciting arrangement with a nice mix of vintage electronic mixed with current rock.

Hashiveinu – Throughout this album we’ve had guests like Ari goldwag and Abie Rotenberg . Joining us on the last track of this album is singer-songwriter R’ Yosef Karduner. Reb Yosef has become known for his soulful compositions like “Shir Hamaalos” and “Tismach” and is featured as a guest vocalist on a composition of Dovid’s. Some like to end their albums with a “bang” but I thoroughly enjoy how Dovid decided to end his with his hartzige composition.

All in all this is definitely an enjoyable album from the beginning to the end. Featuring a number of guest vocalists as well as some extremely talented arrangers, choir leaders, musicians, and of course Dovid Lowy himself this album will make a wonderful addition to your Jewish Music collection