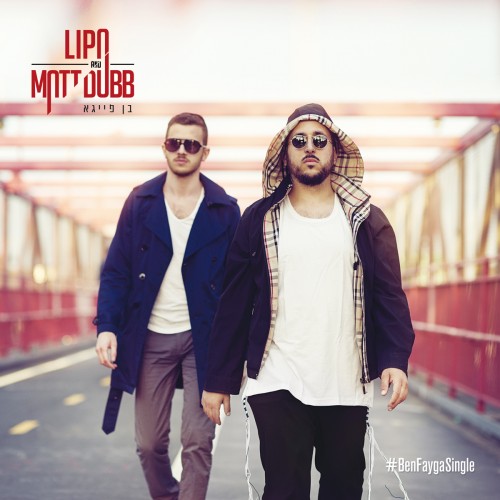 The wait is over! The King of Jewish Pop is back and like never before. Just two years after his hit album, Dus Pintele Yid, Lipa is gearing up to release his 14th studio album. Lipa’s motto is “new heart, a real art” and this time around he collaborated with Matt Dubb aka Mutti Weiss of EvanAl fame, in order to break new grounds in the Jewish Music industry. Now Introducing the future of JM: electronic dance music!! The all new 12 track album due to hit stores on July 27th, features brand new compositions by Lipa himself. It is fresh, hip, futuristic while maintaining that classic Lipa feel. Each track on the album is unique and different from the next. It covers genres from house to dubstep, to trance. Matt Dubb added “this is the first time these genres are being covered on a Jewish album.”

Lipa confided that this is the first time in his career, he feels he is truly expressing himself, without any external influences. “This new novelty in Jewish Music is truly a piece of art” states Lipa. He believed in the past that there should be one sound of Jewish Music. Lipa felt his career was influenced by what will sell and be accepted. Now he knows to be a true artist you must express yourself (from the heart). Now majoring in musicology at Columbia University, Lipa has been exposed to a whole new world; one with diversity. He has come to realize there are all types of Jews out there, and what might distance one person may bring another closer. An EDM album is definitely a first for the Jewish music industry, but Lipa assures us “certainly not a last” as he anticipates many artists to follow the lead.

To whet the music palette, Lipa presents the first single, Ben Fayga, composed by newcomer Meir Rosenberg. Just a few short months ago, when Meir became a chosson, his father contacted Lipa to sing one of his original compositions by the wedding. After listening to the demo, Lipa fell in love with the composition, and not just insisted to sing it live, but demanded to record it for his upcoming album. The clip from the wedding has since gone viral. When asked why another Reb Nachman song, Lipa responded “this song fit me like a glove.” It is also dedicated to his shul which has a huge presence of Brelov Chasiddim.

Lipa Schmeltzer constantly raises the bar and brings Jewish music to the next level. His cool glasses and funky yarmulkes are just a small part of the package. This EDM collaboration album is sure to broaden the industry as we know it and set a new trend with the goal of bringing as many as possible back to their roots. Lipa has many surprises in store which will be revealed in the coming weeks as well as a historic DVD, Lipa of Broadway, currently in final production. Until then, put your dancing shoes on and get up on your feet!!