At the start of the Summer a new music group for boys was announced. Since then a first round of auditions were held, and pre-production began on the debut album. The group is now excited to announce that a name has been chosen for the new group, and a second round of auditions is now underway.

What is Maaminim? It’s a group of young soloists, that will join together to change the world through song.Maaminim means believers. It’s at the central core of every Jew.  Our belief. The one thing we have which no one can take away. No matter what, we believe. An absolute belief in Hashem. Belief that he will always be there for us. This is passed on from generation to generation and it has always been the cornerstone of who we are as a nation. We look to continue that tradition and message through our music.

We are looking for soloists, ages 6-12 who will have a chance to shine, to showcase their voice and be a contributing member of the group.
Maaminim is opening it’s second round of auditions now for our winter shows and to sing on our debut album, already in production. The new album will feature original songs, composed by some of the most popular composers in the industry. Maaminim is a joint production between two of the industries most sought after personalities, Sruly Meyer and Avram Zamist. Veterans of the Jewish music industry, the team brings their many years of album and concert experience to this new musical journey.
To submit an audition please e-mail us at info@maaminim.com or go to our new website, Maaminim.com for more information and detailed instructions. 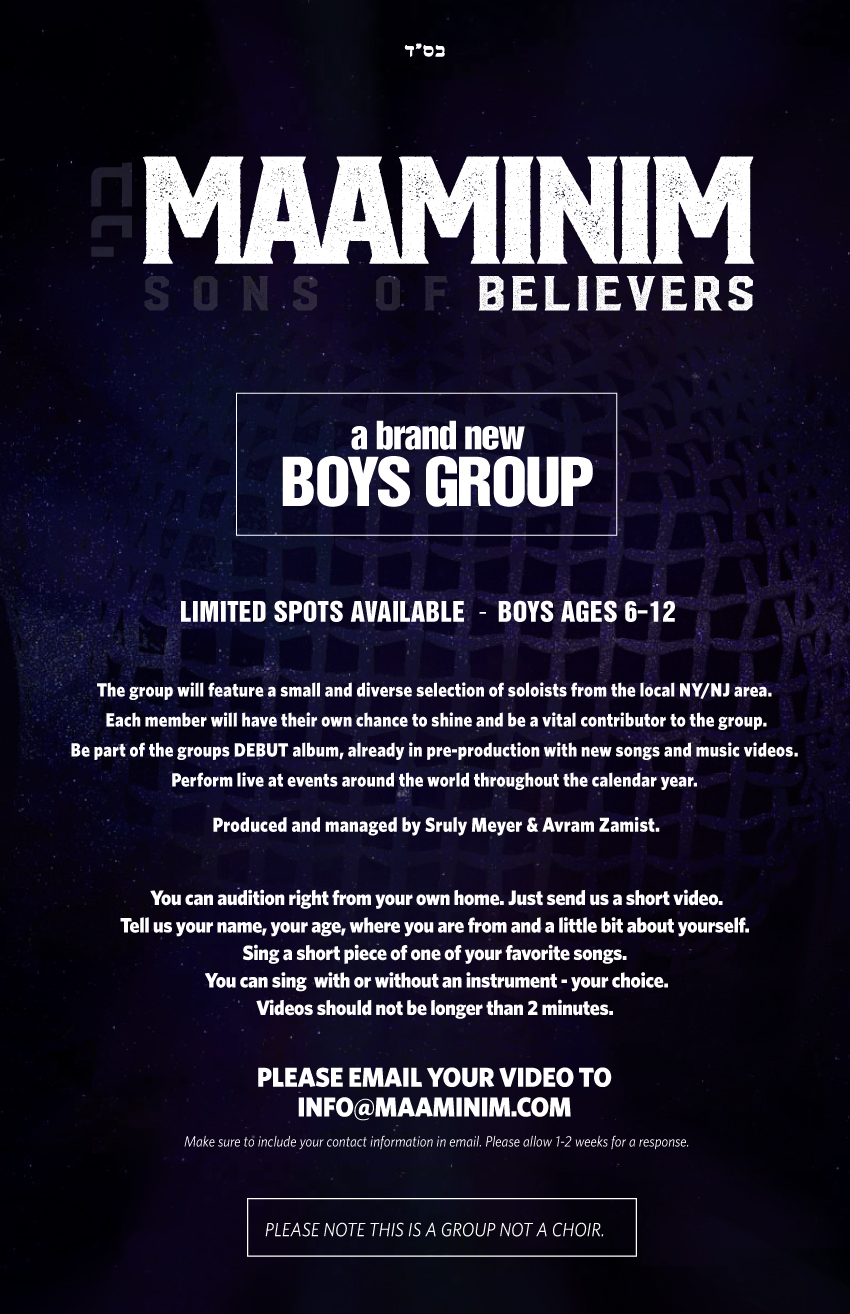