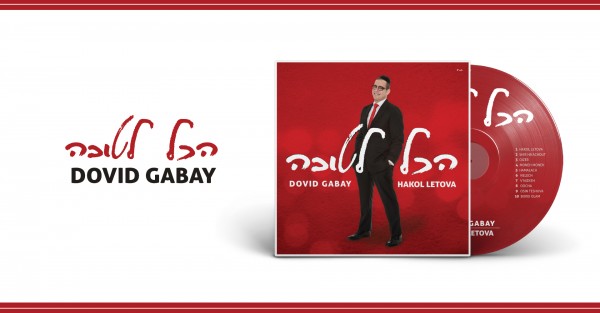 Dovid Gabay, is back!!! An all new CD, titled “Hakol Letova” has officially been mastered, headed for duplication, and will be in stores in the coming days. The album was produced by Sruly Meyer and C.D. Eichler. “It’s been a little while since my last release, but I’m very excited to release this new CD and for you to hear the final product. Trust me… It was worth the wait!!” says Gabay, “The talent that was assembled to work on this project went above and beyond to create an epic production, that I’m positive you will enjoy!”.