Single from the Mesivta of Waterbury Debut Album 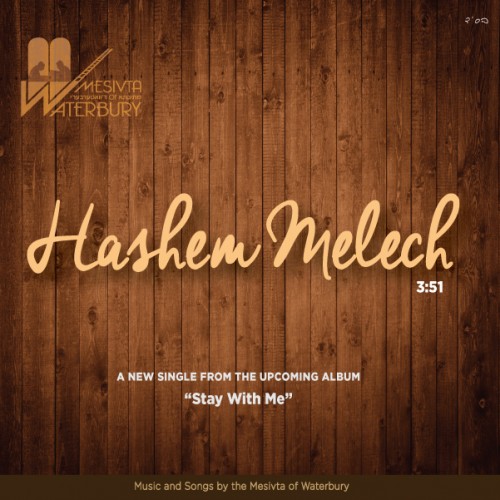 Single from Upcoming Waterbury Debut Album.
The Mesivta of Waterbury announces the release of their debut single “Hashem Melech” from their soon-to-be released album “Stay With Me”.
The full Album, which is scheduled for a Pre-Succos release בעזרת ה׳, features 12 original songs composed and recorded by the Alumni and current Talmidim of the Yeshiva.
Mixed and Mastered by Aryeh Kuntsler, the Mesivta is excited to share what has been a collaboration of amazing talent