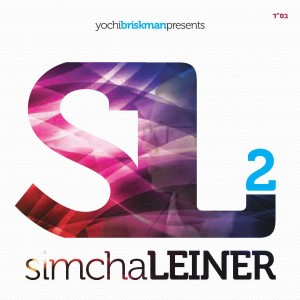 5 for 5 is a new series of articles that help you get the best bang for your buck! There’s been a lot of new talent out in the Jewish music world in the past half-decade or so thanks to the increasing power of digital recording and ease of use/access. If you’re anything like me, you don’t have the $11 (digital download) or $15-$18 (Hard Copy) it costs to buy a new album, and new albums keep popping up all the time.

I decided the best way to manage my musical desires and buying habits is to shell out money for only the good songs! How do I know what’s a “good” song you ask? Well, I’ve had a lot of experience over my years listening to music; the good, the bad and the “gosh, what were they thinking!?”. Therefore I consider myself somewhat attuned to what is above average but don’t claim to be the end-all, final say on music, rather, just an educated opinion!

But how do you hear the songs to select the “good ones” before buying the album you ask? Ha! You caught me. There are multiple avenues for me to get around buying the album. I could contact the singer and ask him for the album for free so that I may write a review for a reputable review site such as JMR (that’s almost never worked). JMR itself has many hands in the industry and could send me the album which it received from the singer (if I’m lucky enough and behave of course, which I rarely do…) Spotify (which I’m told is actually terrible for artists) has many Jewish music albums on it, including some new ones as well so I can listen to the songs in their entirety on there. And finally, if all the previous avenues are exhausted and behold, I still do not have my hands on the album, I just go out and buy the cd (but I pay with rolls of pennies as my way of sticking it to the man!). That’s what I did with the album (minus the pennies part) I’m currently reviewing (SL2) and by doing so, hope that I am in a sense, “taking one for the team” to help you find the best songs.

Without further ado, I present you the best 5 songs on the new Simcha Leiner 2 album that you can buy for .99 cents each (not really, see disclaimer). Hence, the title of this article, 5 (songs) for 5 (dollars).

DISCLAIMER: Not all artists/albums allow you to buy individual songs for .99 cents a piece, At least until they release the album on iTunes or Amazon and sometimes on MostlyMusic as well. This particular album only allows you the buy the full album as of now, therefore the purpose of this particular article is to tell you which songs I think are the 5 best on the album.

Also, I know a lot goes into making an album; from the Musician who plays the triangle to perfection to the guy who was fetching sandwiches and drinks for everyone in the studio at midnight (kudos to that guy, this review is for you!). However, I will not be talking about them in any of the songs; mostly because as a regular music listener I just want to hear the songs and don’t need the behind the scenes, director’s cut, special edition information. And on top of that, because I already used all of my allotted words in this article for this whole shpiel before the review (Apologies to my editor

Kanfei Nesharim: I’ve heard a lot of slow songs in my days but this has to be in my top 10 EVER (that’s a long time for those keeping track) in the slow song category. It easily tops all of his other slow songs including “Pischi Li” and “Kol Berama.” I expect a lot of weddings to be playing this during the precession at chuppah (cue the violinist).

V’al Hakol: In my opinion (obviously, it’s my article) this is the weakest of the top 5 but definitely above average. It’s a great horah melody, which I assume is what we’re going for with this song – something to play during second set at a wedding (when you just finished your baby potatoes and seasoned chicken). It’s easily singable, has great arrangements and is catchy. However, it just doesn’t have the same level of sophistication as the other songs in my top 5.

Niggun Hachochma: Here’s the hint of sophistication in an otherwise simplistic song that I crave. At first listen, it doesn’t seem overly complicated (although the words are) but there’s so many different subtle key and tune changes going on that it very quietly blows your mind (whoosh). Don’t hear it? Keep listening (or push play). It may not be a super popular track because of its style but it definitely earns bonus points for going outside the box. Also, keep playing the ending of the song and turn it up to hear how cool it is; I think there’s whistling and scatting involved…

Shalom: Starts off with an eerie intro that gives me chills each time I listen. Mark my words; this song is the Heart and Soul of this album (mark it!). If you’ve listened to Simcha’s songs before he went mainstream with his current producer Yochi, then you know this screams his style. If you had only one dollar to spend on this album, you need to use it here. I don’t know why they buried the song all the way at the end, for it deserves the spotlight. The instrumentals are phenomenal and the vocals are top notch. At 3:40 he takes it up a notch and you can picture him screaming this song from the rooftops – like a scene at the end of a climactic movie (aaaaaaaaand scene).

I hope you enjoyed the review, let me know in the comments if you want more of these 5 for 5 reviews in future albums, or hit me up on Twitter @SgStudiosDG