Here is the first single off the Double CD “Hinei Ma Tov”
[Audio:http://jewishmusicreport.com/wp-content/uploads/2015/09/07_Hinei-Ma-Tov.mp3]

Here is the audio preview of the album

After the enormous success of the album “Avi Miller Sings R’ Hillel”, the arranger Shua Fried is now  presenting a new double album, which will be the first released in the United States. New Israeli super star Avi Miller sings new hits along with some beloved classics.

Fried and Miller’s first album, consisting mostly of kumzitz songs created by the great composer, R’ Hillel Palei, garnered special attention among yeshiva and kollel students. Theirs was one of the most sold albums in the last year and was printed in three editions. There are 4 brand new songs from R’ Hillel Palei on this CD.

In the past, Miller took part of  Yishai Lapidut’s band, “Moatzat HaShira HaYehudit”. Lapidut is considered one of the most unique and loved artists by many in the Yeshiva world.  The band is known for its performances for many and varied simchas; Shabbat chattans and bar mitzvahs.

The combination of Miller’s voice side by side with one of the most celebrated composers and the rich musical orchestra of the musician Shua Fried is an exciting treat for the ear.

Says Avi Miller:  “It is my honor to perform the songs of one of the greatest composers of the generation. R’ Hillel Palei’s signature songs have become incredible assets and are sung every Shabbat and Chag in homes across the world.”

With this album, Miller has become a performer most identified with emotional, moving music

“Avi Miller sings R’ Hillel” will be available after after Yom Kippur. Distributed by Aderet Music and be available in all stores and online on MostlyMusic.com 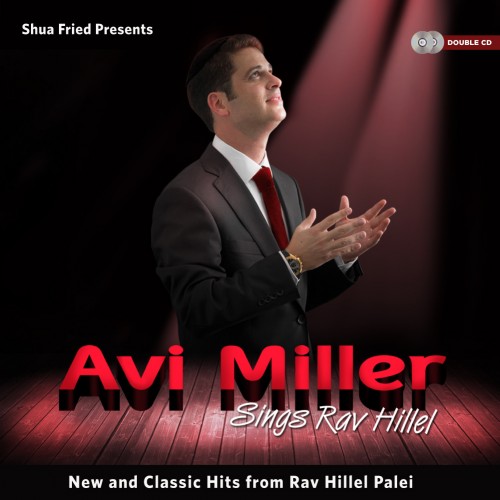