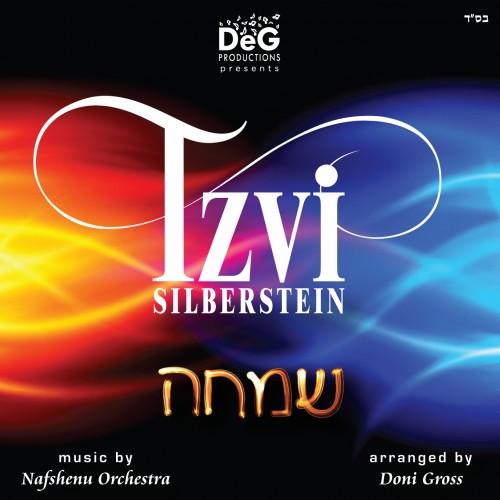 The albums title, “Simcha” promises to be nothing short of spectacular.

Tzvi Silberstein has recently been featured on “A Kumzitz In The Rain 2”. Tzvi now joined forces with producer Doni Gross. Doni’s musical notation has made it very clear that he can do more than just vocal arrangements. The energy on this album is exhilarating and refreshing.

Tzvi and Doni listened to hundreds of songs, before selecting these beautiful gems. “We didn’t want to just release a typical album. We wanted to produce a special album that would be enjoyable and easy to listen to.”

The songs are from top composers including Yitzy Bald, Elie Schwab, Ari Goldwag, Elimelech Blumstein, Yossi Muller, and others. Ari Goldwag joins Tzvi on his beautiful song Lo Ira which is sure to become a classic.

This Album will touch deep down with its powerful ballads, and will have you dancing to its upbeat songs.

You got to “Tzvi-it” to believe it!