Netanel Hershtik: The Art of the Cantor – NEW CD! 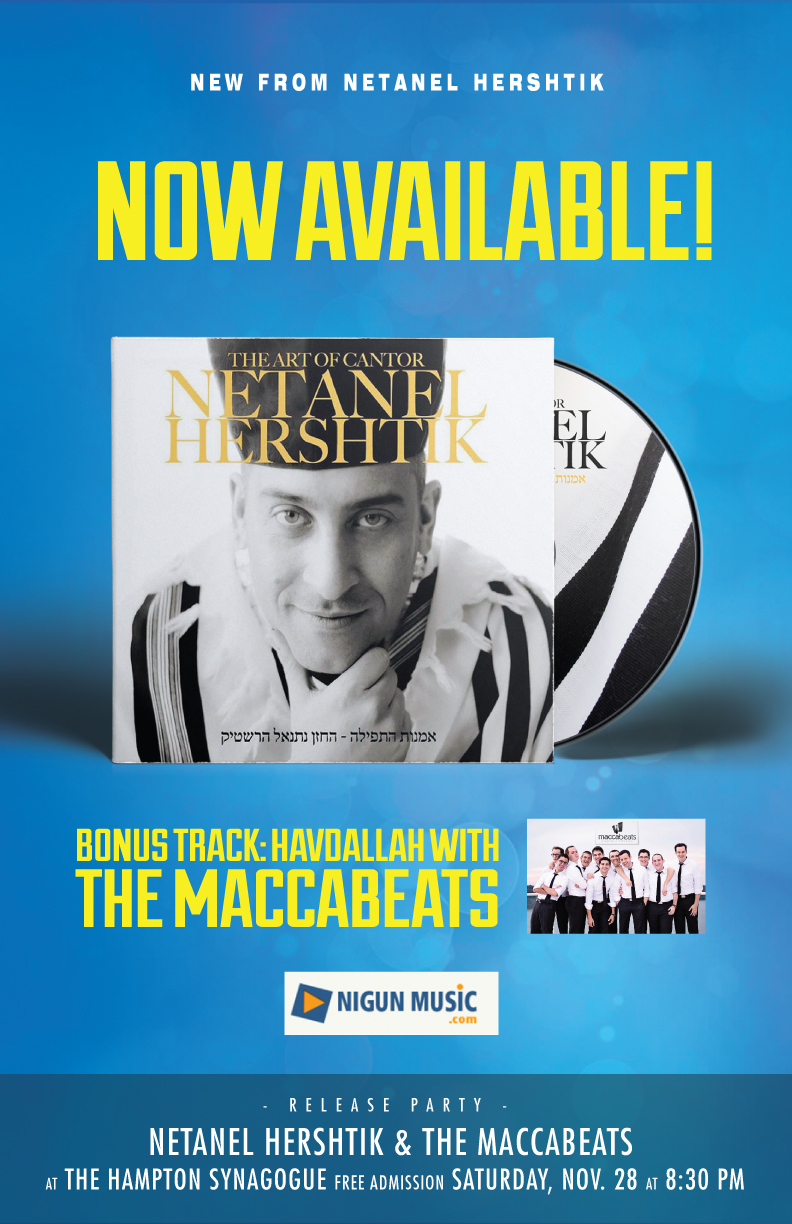 From his earliest days as a child soloist in Jerusalem’s Great Synagogue, it was evident that Netanel Hershtik was extraordinarily gifted and over the years he has appeared on concert stages throughout the world and continues to touch hearts and souls in his role as the cantor at The Hampton Synagogue. With this, the release of his third album, Hershtik continues to display his versatility, both as he revitalizes classic compositions and offers his own take on more contemporary Jewish music.

Omanut Hatefila features 13 tracks, a delightful mix of old and new and includes never before recorded music by Yossele Rosenblatt as well as a mix of cantoral pieces, Israeli music and a remake of Yossi Green’s signature Tanya. Hershtik is accompanied by a 40 piece orchestra as well as a full rhythm section, with an astonishing 60 musicians taking part in the album’s creation.

Hershtik followed the words of Rav Kook who spoke about rejuvenating the old while sanctifying the new in his production of Omanut Hatefila.

“We want to keep the authenticity of the older music, but to give it new colors and new arrangements while at the same time, taking what is new and putting it into a context of kedusha,” explained Hershtik.

Omanut Hatefila is being distributed by Nigun Music and is available online for download on iTunes, Amazon and other distribution and media streaming services online as well as at Judaica stores everywhere.