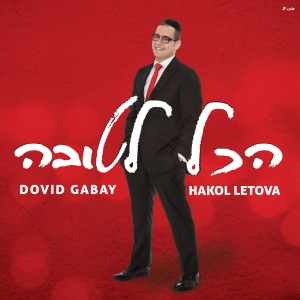 Today I’ll be reviewing Dovid Gabay’s new album “Hakol Letova”. Dovid has been a star in the Jewish music scene ever since his first album. This album features some different names from his past albums so Dovid is reentering the JM scene with a fair amount of diversity. Let’s get started!

To conclude – You’re probably already a big fan of Dovids (like the rest of the world) and there’s a good chance you’d be purchasing this album anyway. That being said, let this review help you to purchase it quicker than you were planning. Great voice, great songs, great arrangements, what else can I say? Enjoy!